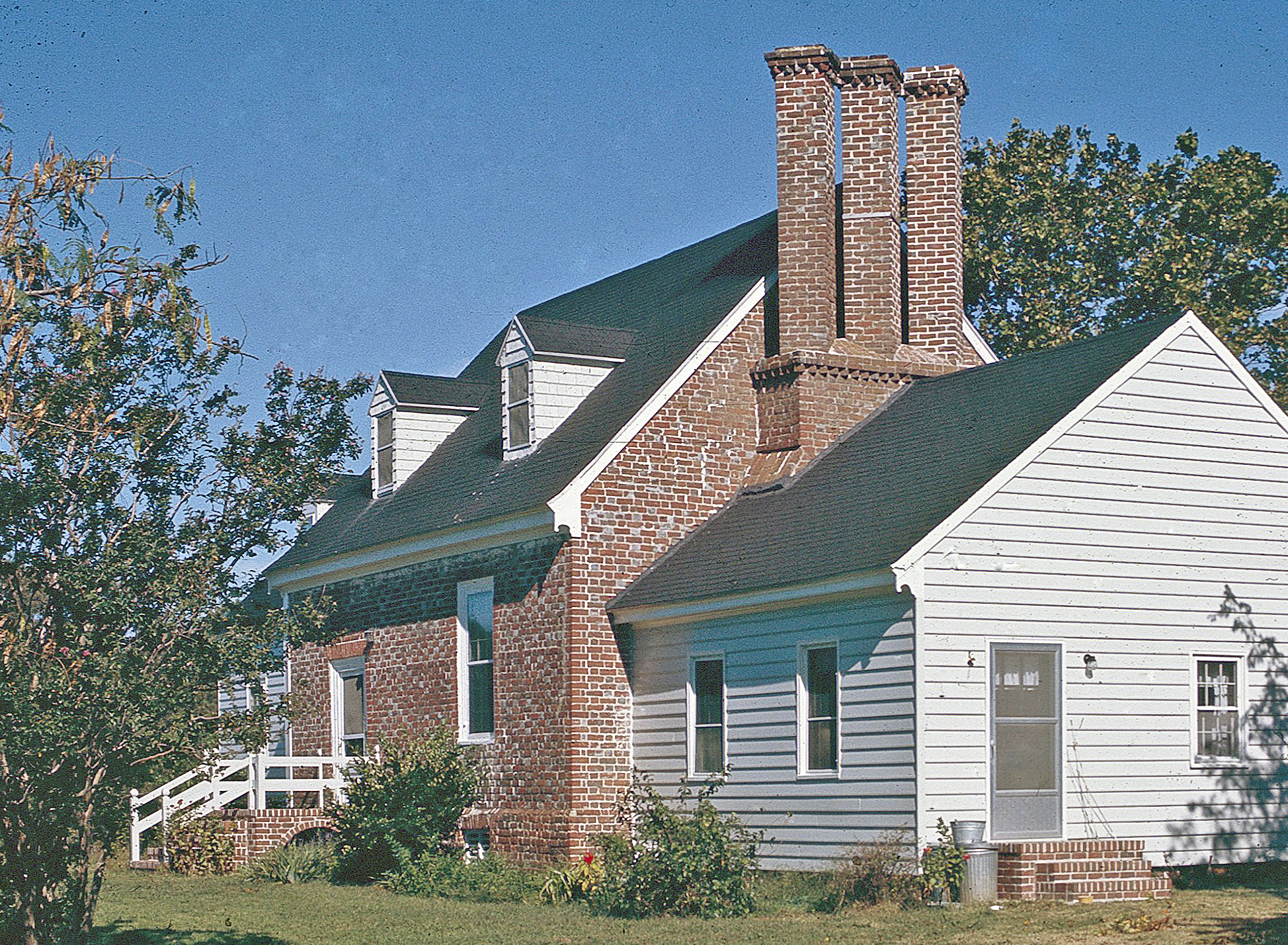 Winona is one of only two pre-Georgian houses in America to preserve Jacobean diagonally-set chimney stacks. Like the other example, Bacon’s Castle in Surry County, Winona employs three stacks above a massive, exterior-end chimney breast. Such chimneys were a popular form on both vernacular and sophisticated buildings in Jacobean England but were used only rarely in the New World, probably because they were difficult to construct and were fashionable at a time when few permanent buildings were being erected here. Remnants of foundations projecting from the west end of the house suggest that Winona may originally have been a symmetrical building. The construction date has not been precisely determined, but it probably was built after 1681, the year Mathew Patrick acquired a reversionary interest in the property. The house is situated at the mouth of Hungar’s Creek, facing the Chesapeake Bay.