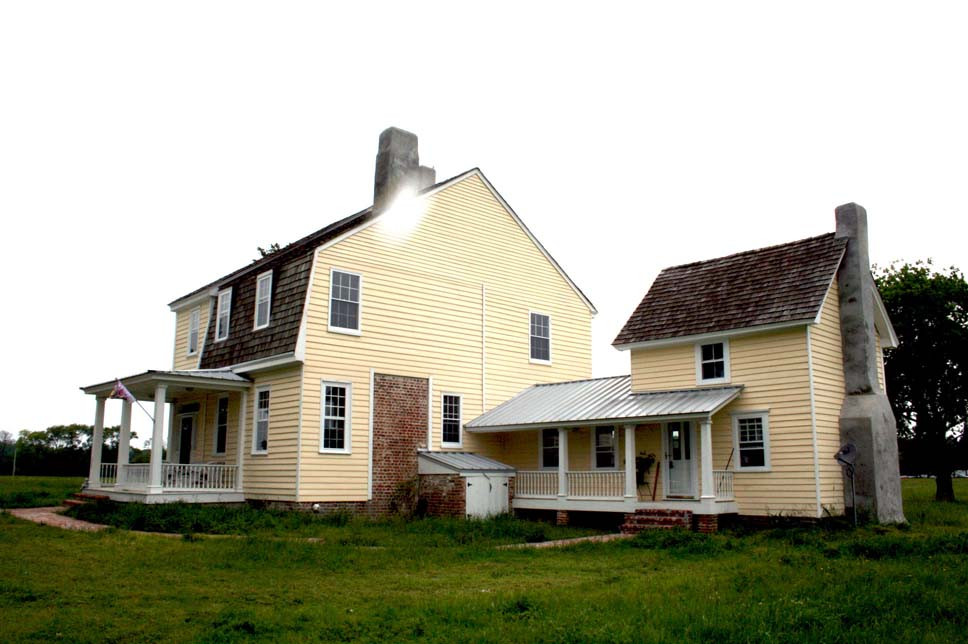 Selma, in the Eastern Shore’s Northampton County, was constructed circa 1785, coinciding with the acquisition by Isaac Smith of the land on which the dwelling lies. Although the house exhibits characteristics of the era in which it was built, it has been extensively remodeled and added onto during the 19th and 20th centuries, a common pattern for houses of its day on the Eastern Shore and in Tidewater. The property contains two historic cemeteries, a shed, the brick foundation of a former kitchen, and a boxwood garden.