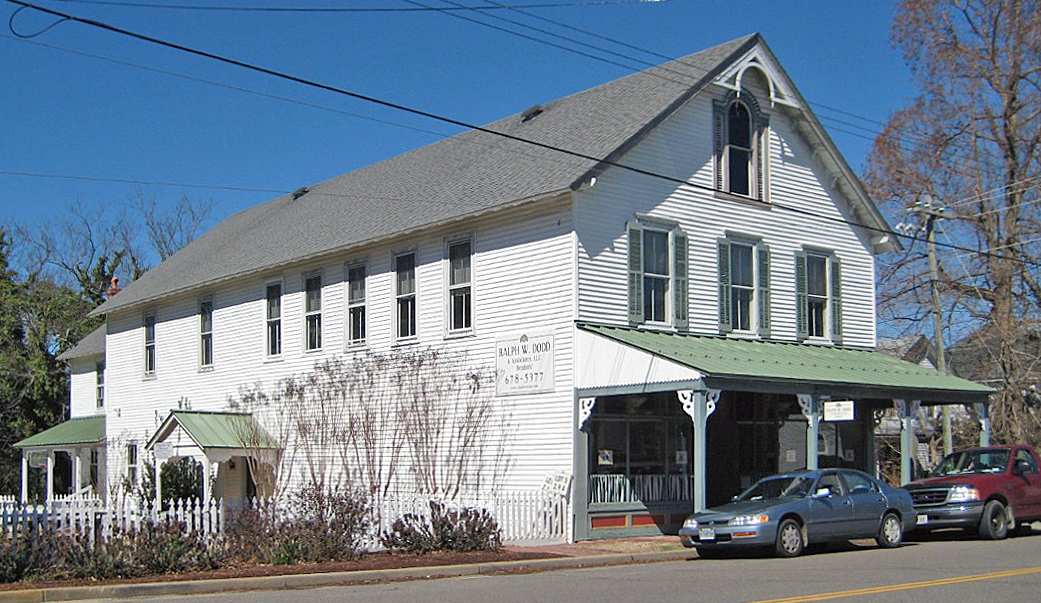 The Eastville Historic District recognizes Northampton County’s seat of government (see Northampton County Courthouse Historic District), where the first permanent courthouse was constructed in 1690, and is home to the oldest continuous court records in the U.S. The district remained relatively isolated due to its location on Virginia’s Eastern Shore until the New York, Philadelphia & Norfolk Railroad (now the Bay Coast Railroad) line was completed to Eastville Station in 1884, linking Eastville with the mainland. The district’s architecture—featuring Colonial, Federal, Queen Anne, Second Empire, Bungalow/Craftsman, and Colonial Revival styles—clearly reflects the change between its pre- and post-railroad days. The oldest existing dwelling in Eastville is the two-story wood frame Parke Hall, dating from 1742; the oldest commercial building is the Eastville Inn, constructed in 1780 on the site of a tavern which operated circa 1724. In addition to Eastville, the district, which has a significant African American history, includes the communities of Eastville Station, James Crossroads (also known as the Forks), and Stumptown, which arose around a lumber sawmill.