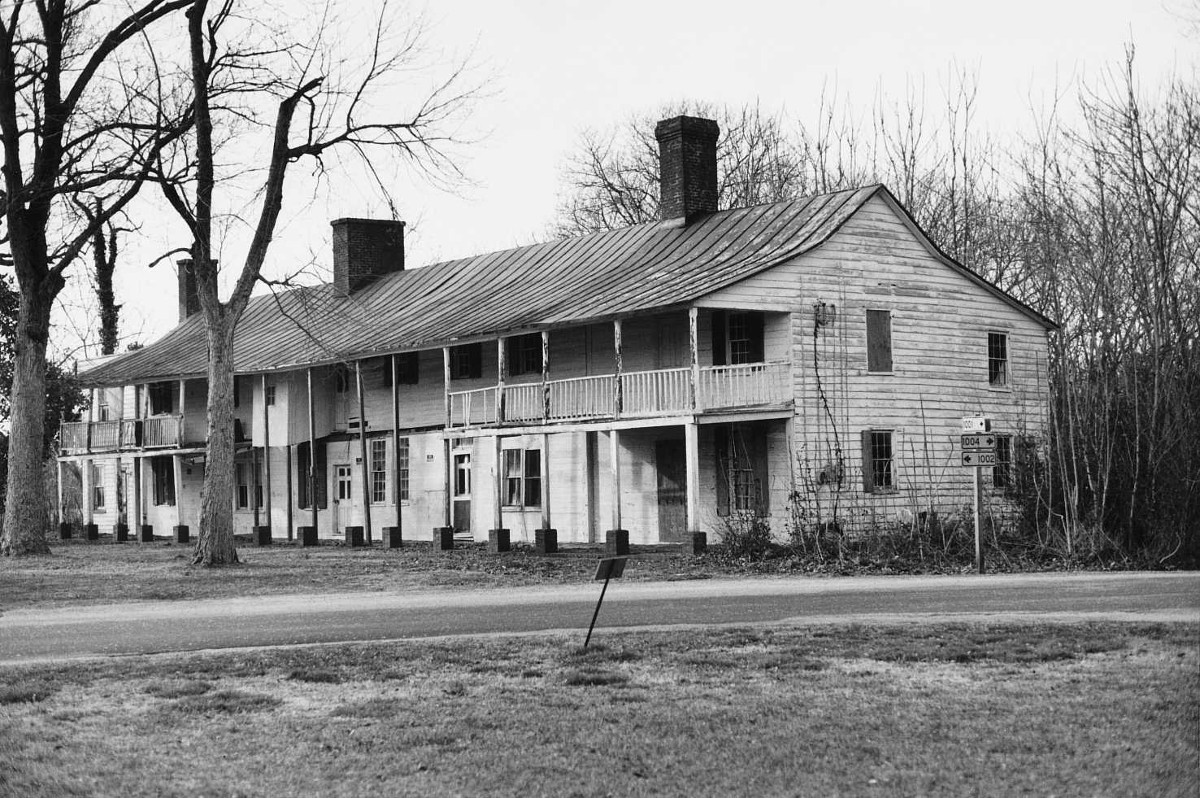 Standing behind the courthouse, Rice’s Hotel has been a key element in this county seat complex since the late 18th century, offering food, drink, and lodging to visitors at the county seat. The building, originally known as Hughlett’s Tavern for its proprietor John Hughlett, began ca. 1790 as a two-room-plan building. It evolved to its present 110-foot length with its two-level gallery through additions occurring in the 1830s, 1880s, and 1920s. The tavern was purchased by John Rice in 1866 and was operated as Rice’s Hotel until 1920 when converted into apartments. In 1990 Cecelia Fallin Rice donated the property to the Northumberland County Historical Society which currently is restoring the building for a museum and special events. A 1991 investigation of the grounds revealed numerous associated archaeological features including walkways, post holes, and trash pits, along with 13,000 artifacts.