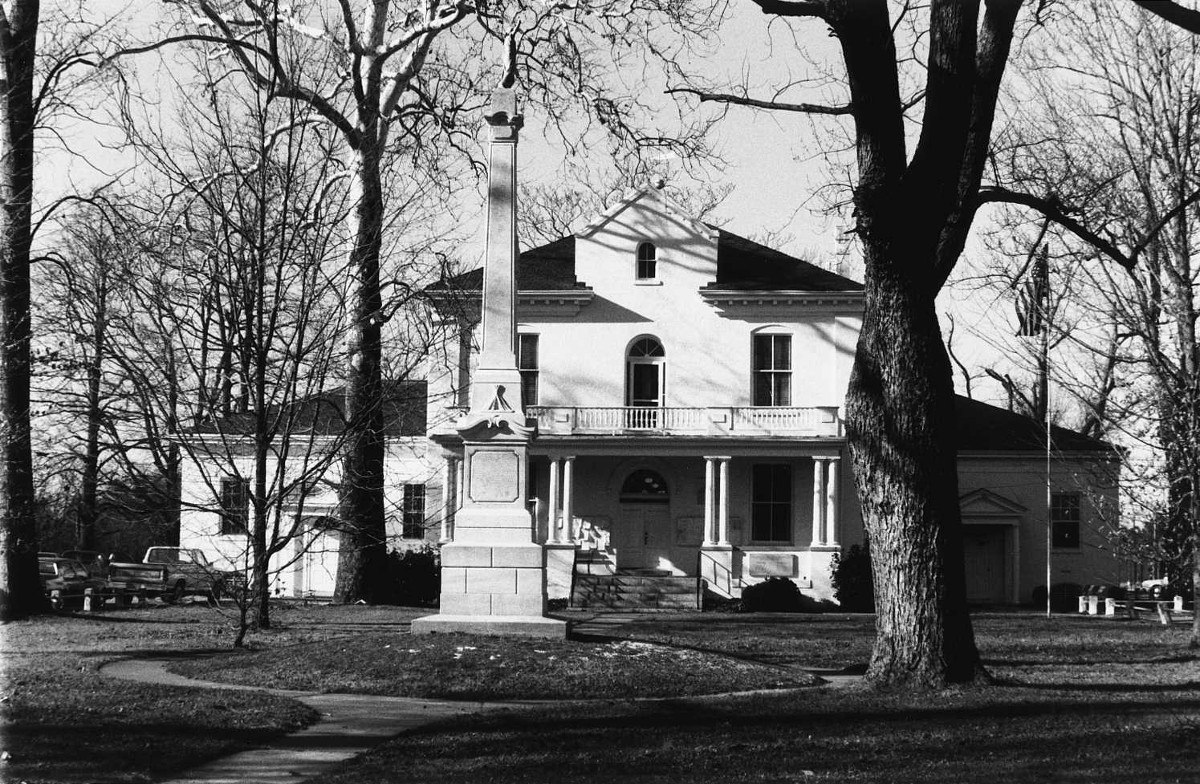 Heathsville has served as the county seat of Northumberland County since it was established in 1681 as Northumberland Court House. Though today it is little more than a crossroads village, the present town was laid out according to a plan prepared in 1798 by the architect Benjamin Henry Latrobe. A broad range of early architecture is found in the district’s 100 contributing buildings, most of it vernacular in character. Several, however, exhibit influences of academic styles. The present courthouse, a modified Queen Anne-style building, was designed by F. Bartholomew and erected in 1900-01. In front is an 1873 Confederate monument. Behind the courthouse is Rice’s Hotel, the core of which is the 18th-century courthouse tavern. Nearby are an 1844 jail and an antebellum Methodist church. A small commercial core is adjacent to the court square. Maintaining the community’s historic rural context are five antebellum plantation complexes, including the individually listed Springfield, Sunnyside and Oakley.