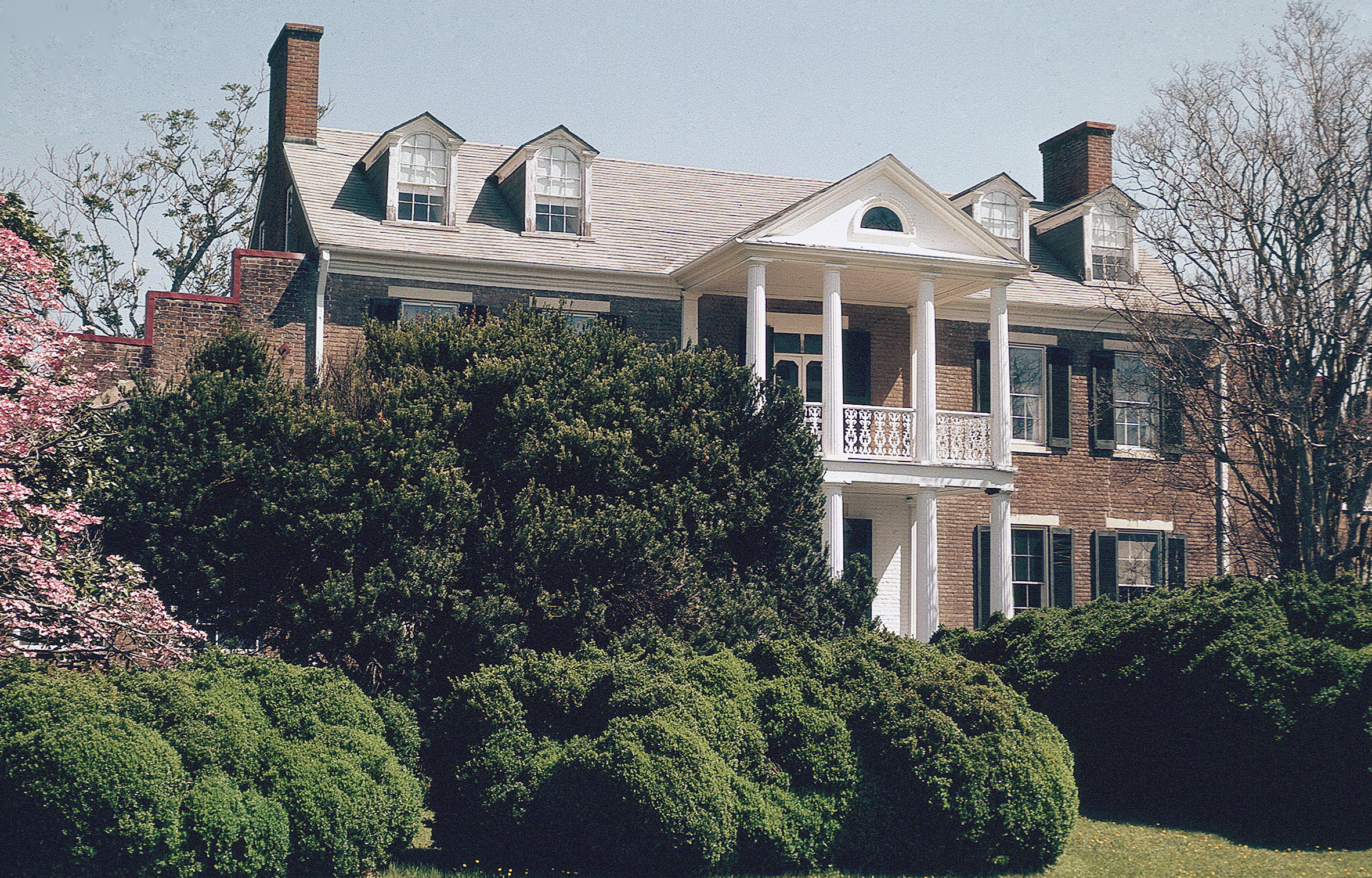 Springfield is a Federal-style house dominating a level tract of land on the edge of the town of Heathsville in Northumberland County. Erected in 1828 by merchant William Harding, the house was enlarged and enriched by Harding in 1850, so that it now presents a blend of two different styles, forming one of the most imposing 19th-century houses on the Northern Neck. The stylistic contrast can be seen particularly on the interior where rich Greek Revival ceiling medallions add interest to the otherwise restrained Federal mantels and wainscoting. The main block of the house is framed by unusual stepped parapets on wings added in the 1850 remodeling. The present configuration of the portico, with it cast-iron railing, is also a product of the remodeling. Preserved on the grounds are an early office, a dairy, and a servant’s house. The gardens originally were embellished with a boxwood maze.