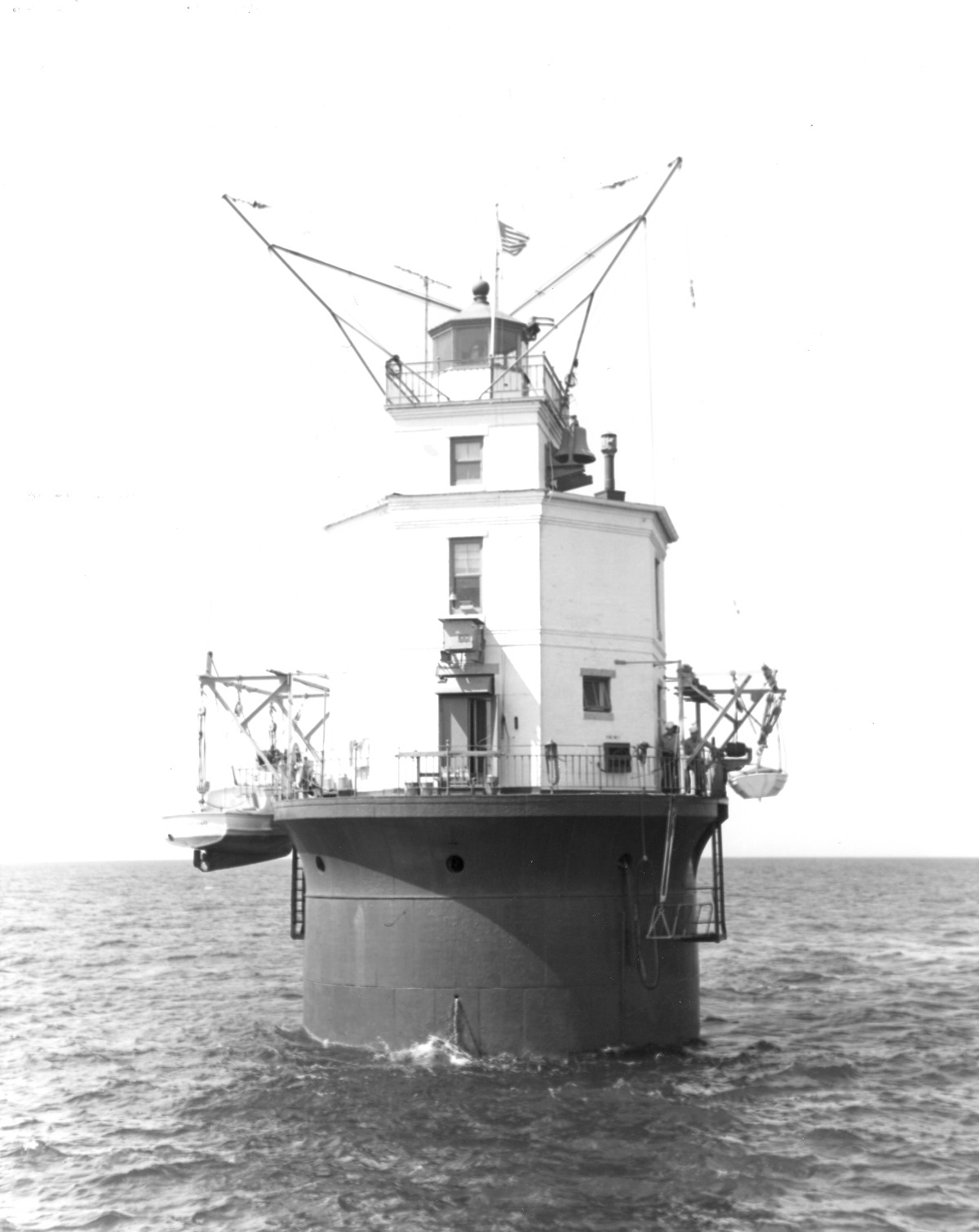 Smith Point has been protected by no less than five lighthouses and two lightships during its history from 1802 to the present. The Smith Point Light Station is listed under the National Register Multiple Property Documentation Form for Light Stations in the United States.   Completed on August 5, 1897, the Smith Point Light Station consists of a wooden caisson supporting a cast-iron foundation cylinder filled with concrete, surmounted by an octagonal two-story brick dwelling. A one-story square tower rises 30 feet above the top of the cylinder, surmounted by an iron lantern. Smith Point and Wolf Trap used the same plans and are each integral with all functions combined in one building. Only 11 pneumatic caisson lighthouses were built in the United States including Smith Point and Wolf Trap. The lighthouse, which was automated in 1971, stands in about 20 feet of water on the west side of the Chesapeake Bay about 2.5 miles east-southeast of Smith Point.