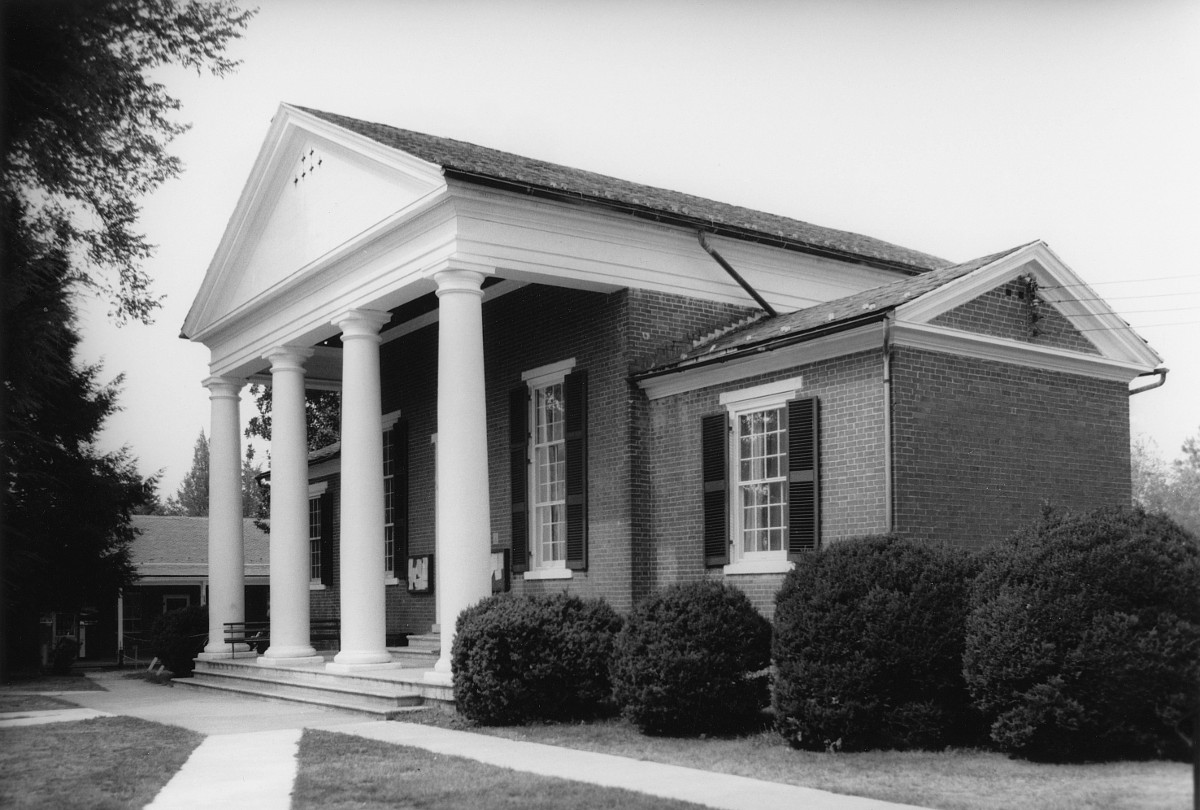 Nottoway County’s Roman Revival courthouse is the focal point of its tiny county seat village. Like many of Virginia’s antebellum courthouses, this remarkably sophisticated and visually satisfying work shows the influence of Thomas Jefferson’s architecture on the state’s public buildings. The courthouse was completed in 1843 on the site of the 1798 courthouse that it replaced. Its builder was Branch H. Ellington who incorporated devices favored by Jefferson such as the three part Palladian scheme, Tuscan portico, triple hung sash, and carefully crafted Flemish bond brickwork. The marble sills and lintels add an element of special refinement. Union soldiers bivouacked here on April 5, 1865 during which time many county records were destroyed. The courthouse, however, especially the exterior, remains remarkably well preserved.