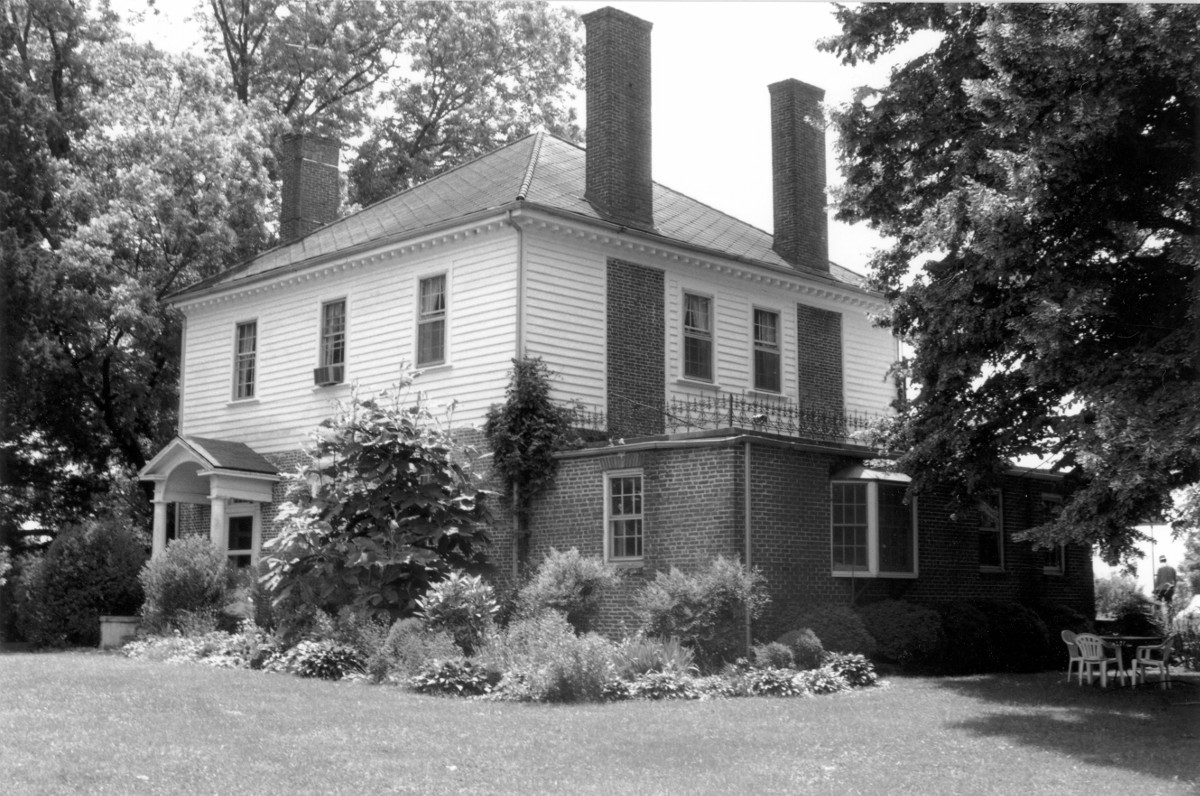 Mountain Hall was the home of physician and statesman Dr. James Jones (1772-1848), a leading Southside Virginian of his generation. He served in the Virginia militia as surgeon general during the War of 1812, and for two terms in the U.S. Congress. He also served in the Virginia General Assembly at different times and supported the efforts of friend, Thomas Jefferson, to found the University of Virginia. His home is unusual in its square plan, pyramidal roof supported by a massive kingpost, and exquisite front doorcase, carefully copied from plates 15 and 17 of Owen Biddle’s The Young Carpenter’s Assistant.