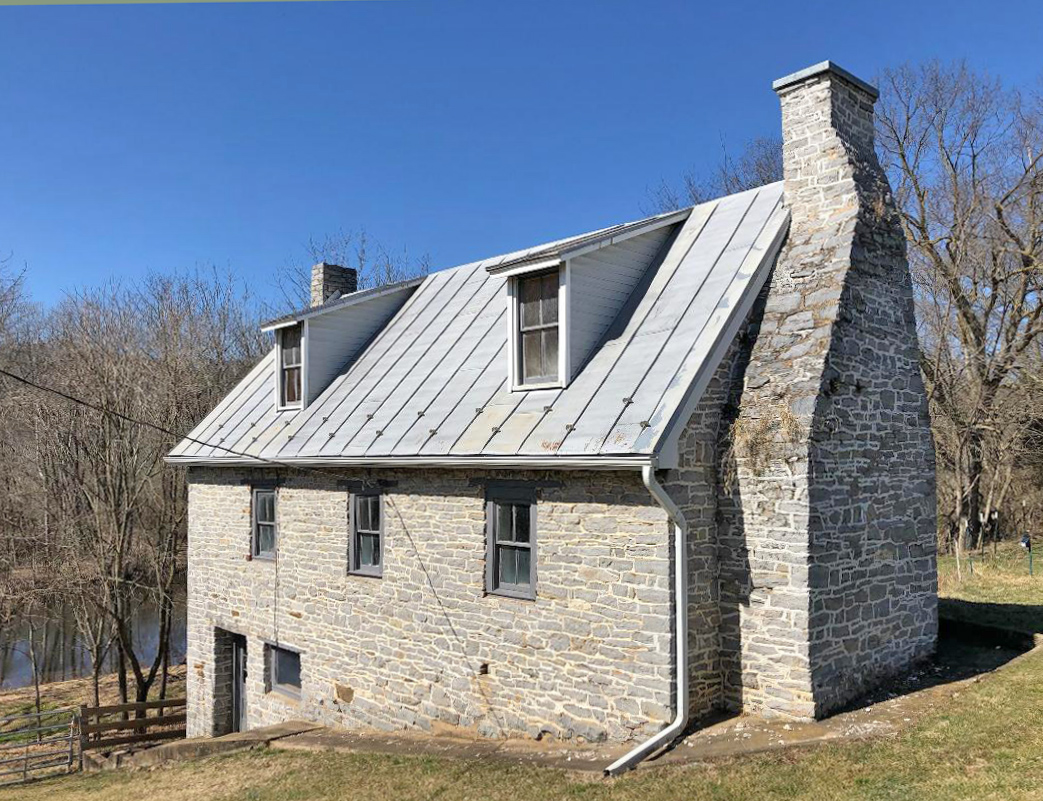 Exuding an air of great antiquity, this snug dwelling is among the rare surviving early Shenandoah Valley stone houses erected by Virginia’s German settlers. Placed on the edge of a bank, a German practice, the simple structure is dominated on its uphill side by a massive exterior end chimney. The house is unusual in having two cellar levels, the lower of which has a tunnel leading to a well located 100 yards away. The date of the Fort Philip Long house is not known, but it likely was constructed in the late 18th century for Philip Long II, grandson of Philip Long who settled here in 1737. Also on the Page County property is a Greek Revival brick farmhouse built in 1856 for Isaac Long, Jr. Its parlor has its original Victorian decorations, including walls painted to imitate molded plaster and ceilings painted to resemble intricate foliated plasterwork.