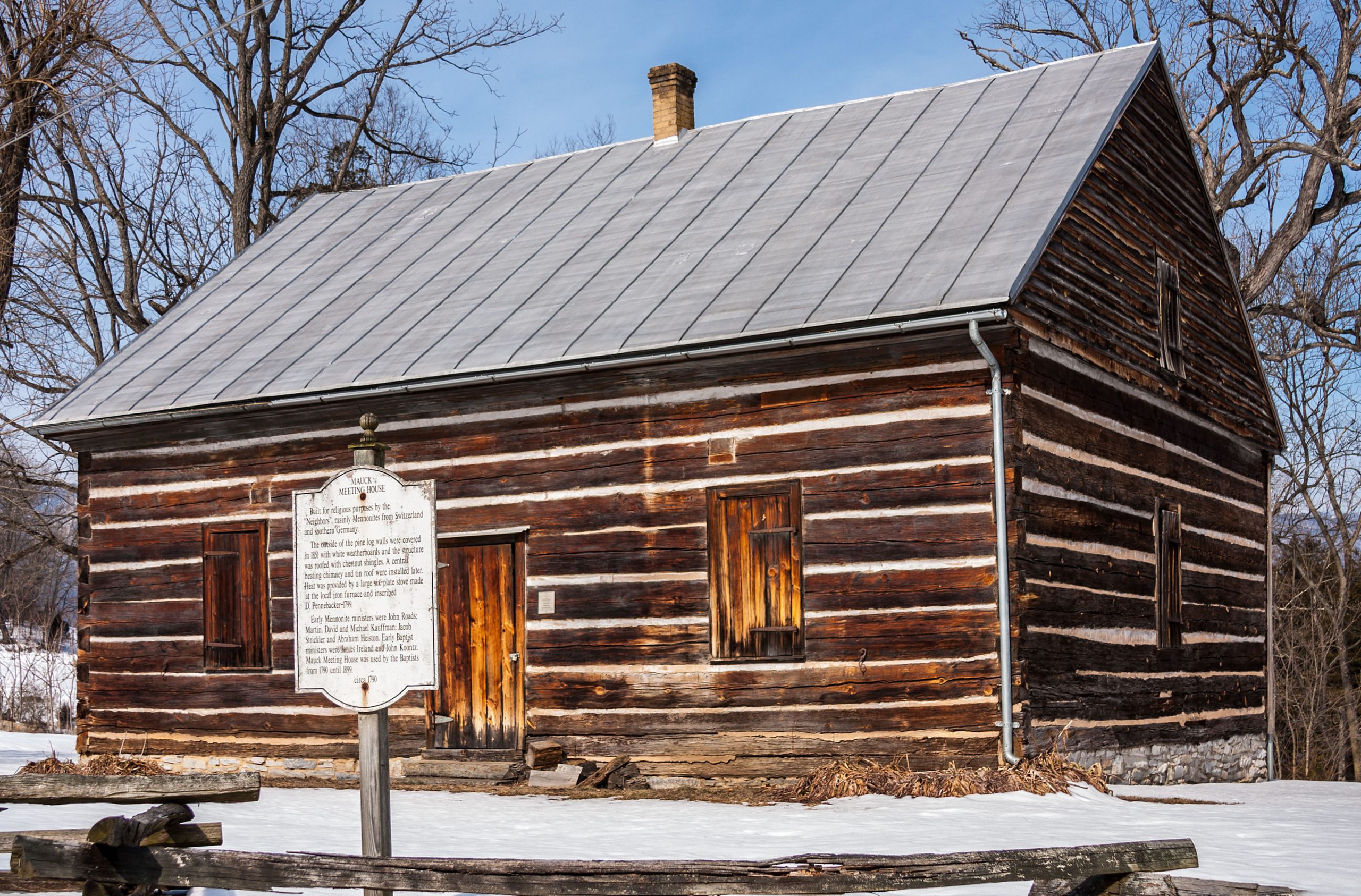 The Mauck’s Meeting House congregation was organized ca. 1772 by John Koontz and consisted of both Mennonites and Baptists, dissenters who played an influential role in the early society of the Shenandoah Valley. The earliest mention of the building was recorded in 1798. The plain log structure was erected on land on the Mill Creek near Hamburg in Page County owned by Daniel Mauck. In 1807 Mauck’s son Joseph deeded the property to the “Sundry persons . . . friends of religion and good order” who had been using it. The Mennonites eventually quit the area, leaving the Baptists in control. The congregation also consisted of black slaves and “free men of color.” Although dominated by Baptists, the church was maintained for use by all Christians and attracted preachers of various denominations. The venerable landmark is maintained today as a historic shrine and meeting place by the Page County Heritage Foundation Association.