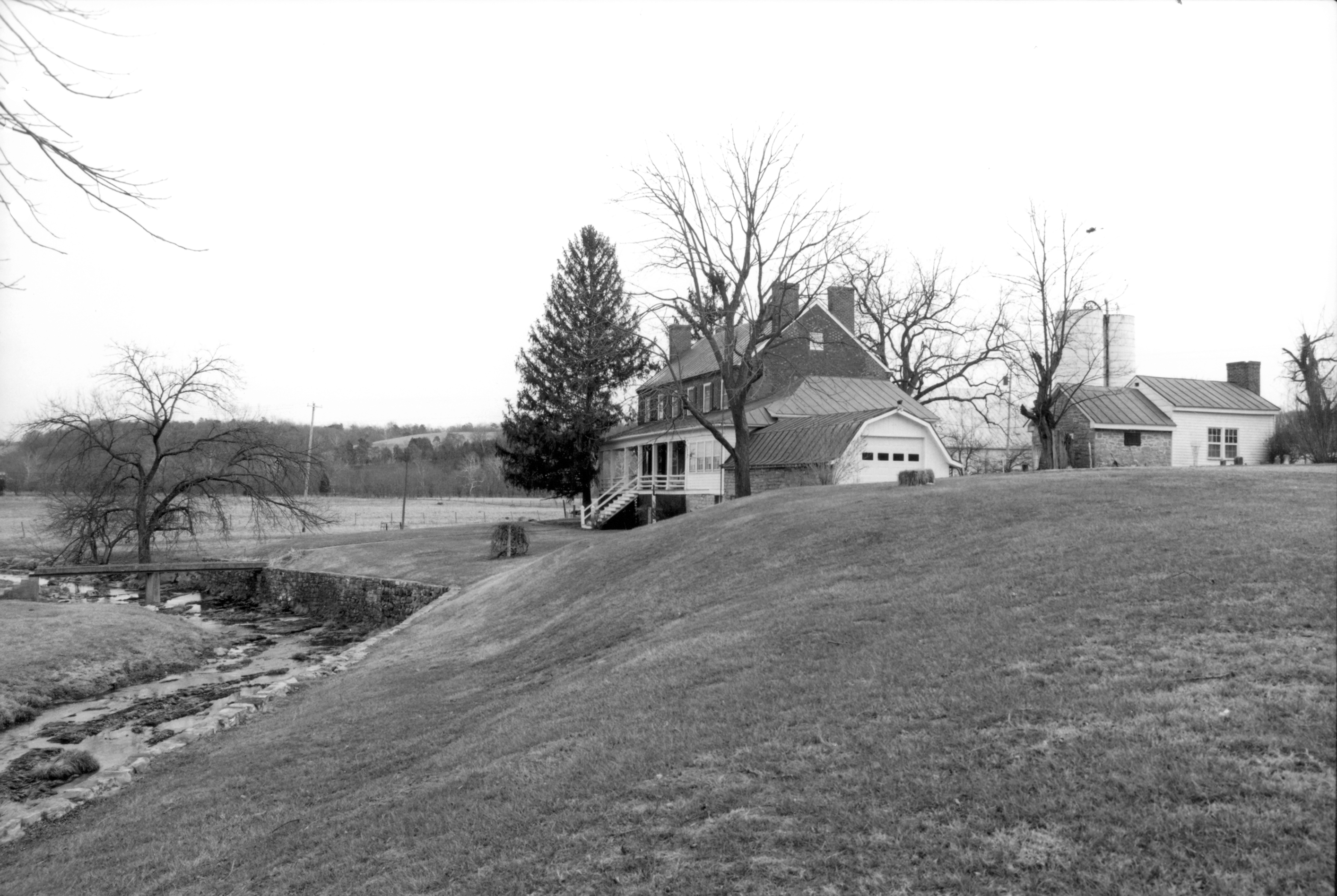 Wall Brook Farm is located in Virginia’s early Massanutton (or Massanutten) settlement, begun in the 1720s by German and Swiss settlers who were attracted to the level fertile land along the South Fork of the Shenandoah River in central Page County. By 1758, the year the settlement was in conflict with Native Americans, Abraham and Barbara Brubaker had erected a dwelling on the site of the present house. A two-story, Federal-style brick dwelling built around 1824 by their son John Brubaker, Sr., occupies the site now. It is notable for its diapering and other decorative brickwork, interior painted borders of flowers and swags, and a number of finely crafted mantels. The house’s central passage is unusually wide and may have been used for religious services. Extending from the house is a stone icehouse that may have formed the basement level of a detached kitchen or slave dwelling and appears to be older than the main house. Nearby stands a stone meat house with a washhouse addition, a family cemetery, a circa 1870 frame bank barn, and a circa 1950 dairy barn and milk house. The property passed to the Long family, who in the mid-20th century engaged in dairy farming. Wall Brook Farm takes its name from the stone walls that line Massanutton Creek in front.