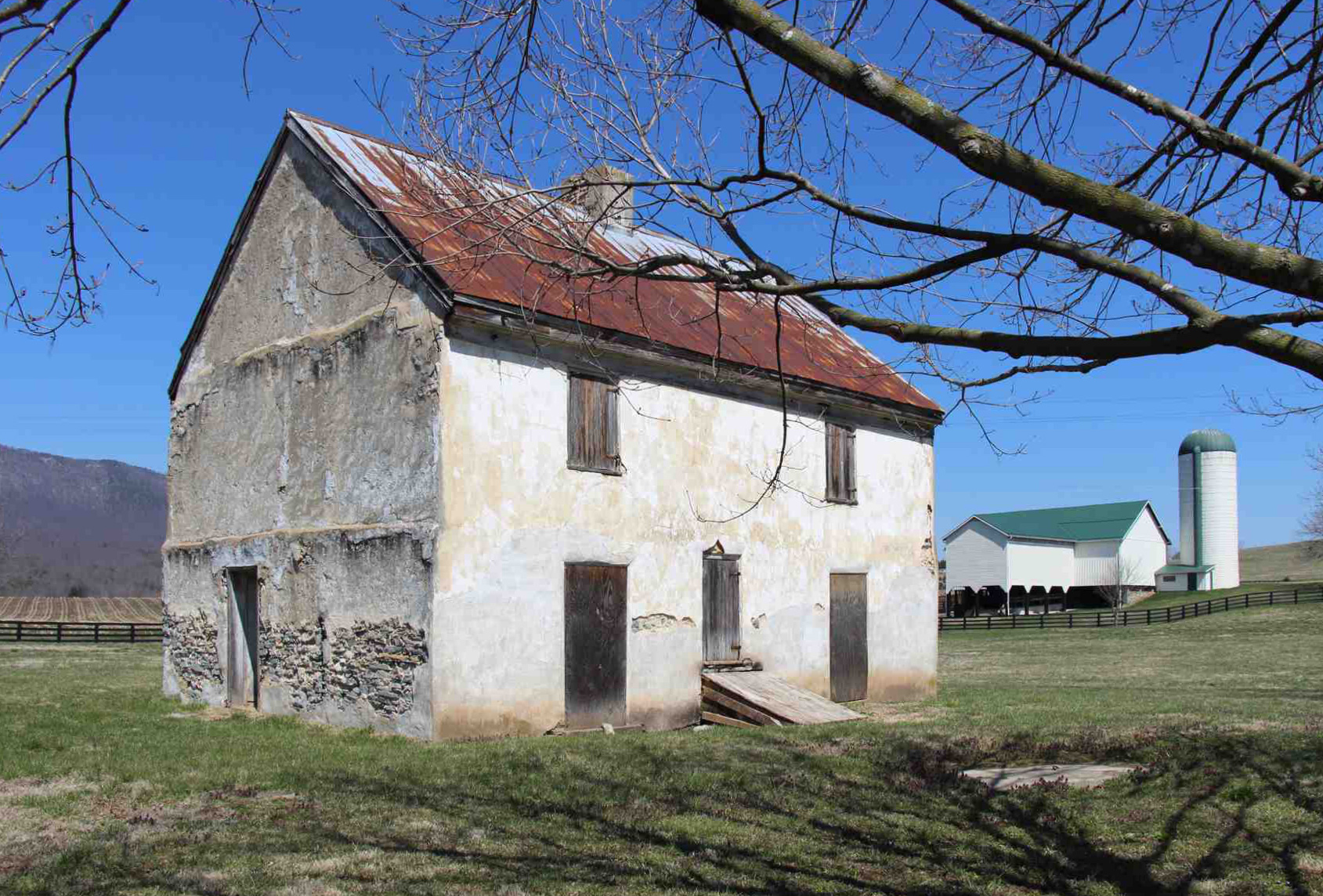 This austere structure was erected ca. 1760 by Pastor Martin Kauffman II, and takes its name from its whitewashed stucco covering. Kauffman founded the Mennonite Baptist Church and held meetings in his house. He later removed himself from the Baptists in a disagreement over their pro-military stand and in 1793 formed the Separatist Independent Baptist Church. Kauffman’s house began as a two story, Germanic-type Flurküchenhaus, or three room plan house with a center chimney. Other features of the house type found here are a vaulted cooling cellar and a two level storage loft. The interior finish of the White House was remodeled in the Federal style, and it retains the striking woodwork and much early paint from that alteration. The unoccupied house preserves its rural setting in the shadow of the Massanutten Mountains, along the South Fork of the Shenandoah River west of Luray.