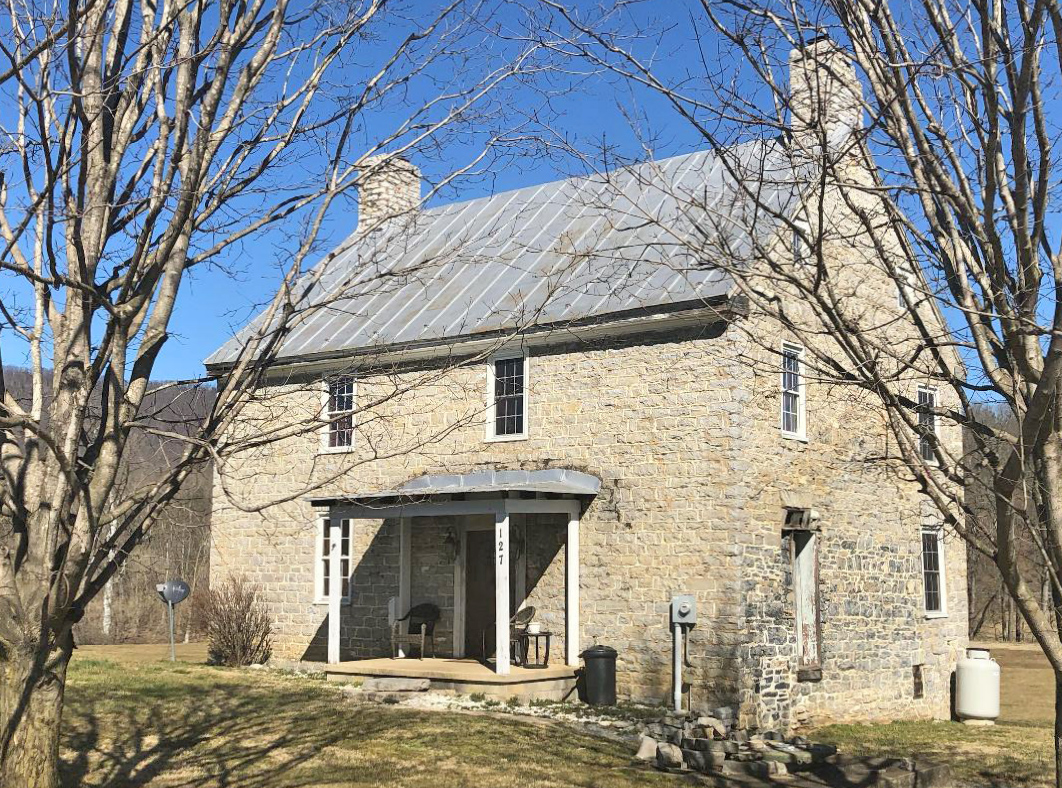 On a bank above the south fork of the Shenandoah River, the Heiston-Strickler House, also known as the Old Stone House, is among the best preserved of Page County’s Germanic dwellings. The unadorned structure was built ca. 1790 either for Jacob Heiston or his son Abraham and was still owned by their descendants at the time of listing in the Virginia Landmarks Register. The three-room floor plan, vaulted cellar, two-bay façade, and hillside setting are all attributes inherited from central European prototypes and introduced by settlers of Germanic origin moving from Pennsylvania. Evidence of English influence is shown in the use of common-rafter framing and end chimneys rather than principal-purlin framing and a center chimney, the latter features being more characteristic of German houses. The house underwent alterations in the early 19th century, but the original plan is evident, and much of its original plain woodwork survives.