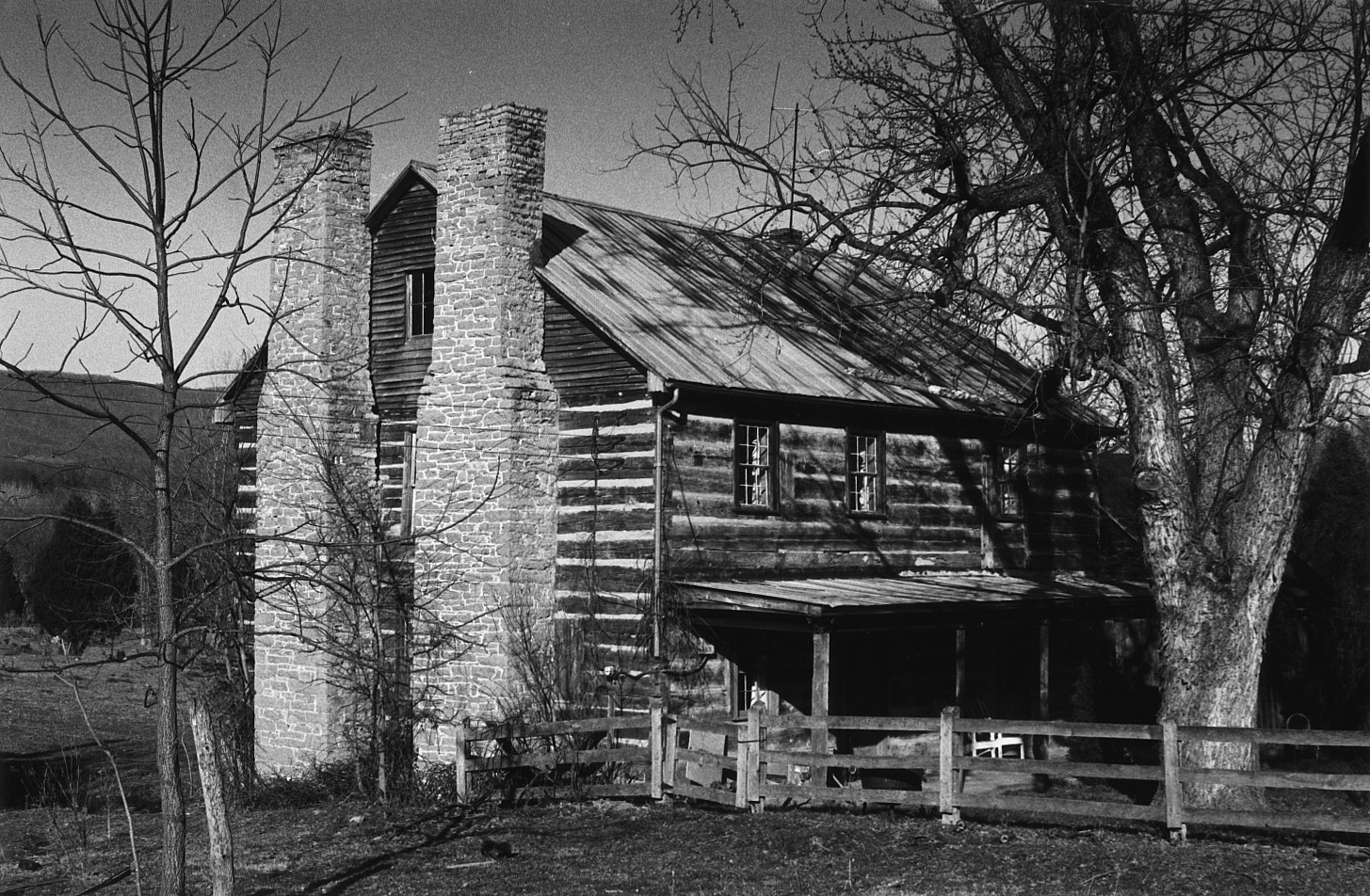 Fort Rodes is a distinctive example of the Rhenish houses of the Page Valley. It is called a “fort” for its vaulted cooling cellar, a common feature of Germanic houses in Europe and America. A traditional Rhenish Flurkuchenhaus, the central chimney was removed and alterations were made in the 19th century to adapt the house to Anglo-American styles of living. Probably built by John Rodes II in the fourth quarter of the 18th century, the house succumbed to fire in 1990.