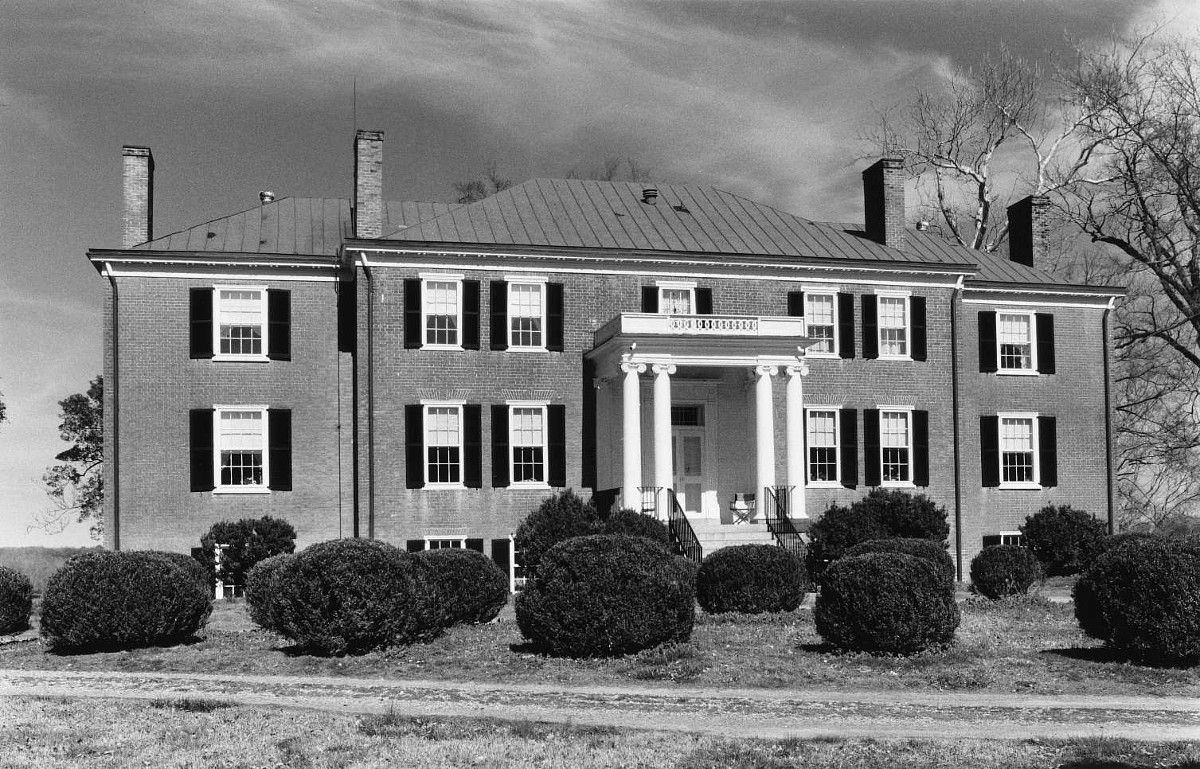 Norwood is among the most imposing of the post-colonial plantation houses lining the upper James River. The hip-roofed Georgian center portion was built in the late 18th century for Thomas Harris. Then called Greenyard, the property was sold by the Harris family in 1834 to Robert Beverley Randolph, who, with his father-in-law, Harry Heth, operated the nearby Midlothian coal mines. In 1835, Randolph added the two-story wings and Ionic porch, and installed elaborate, provincial, Adam-style woodwork. Enriched with paterae and colonnettes, the woodwork is apparently by the same artisans as the nearly identical woodwork in Castlewood in Chesterfield Court House. It is assumed that the property was renamed Norwood at this time. Randolph also built the complex of rare mid-19th-century brick farm buildings. At the end of the 20th century, this patrician homestead was the home of the Kennon family, descendants of Robert Beverley Randolph.