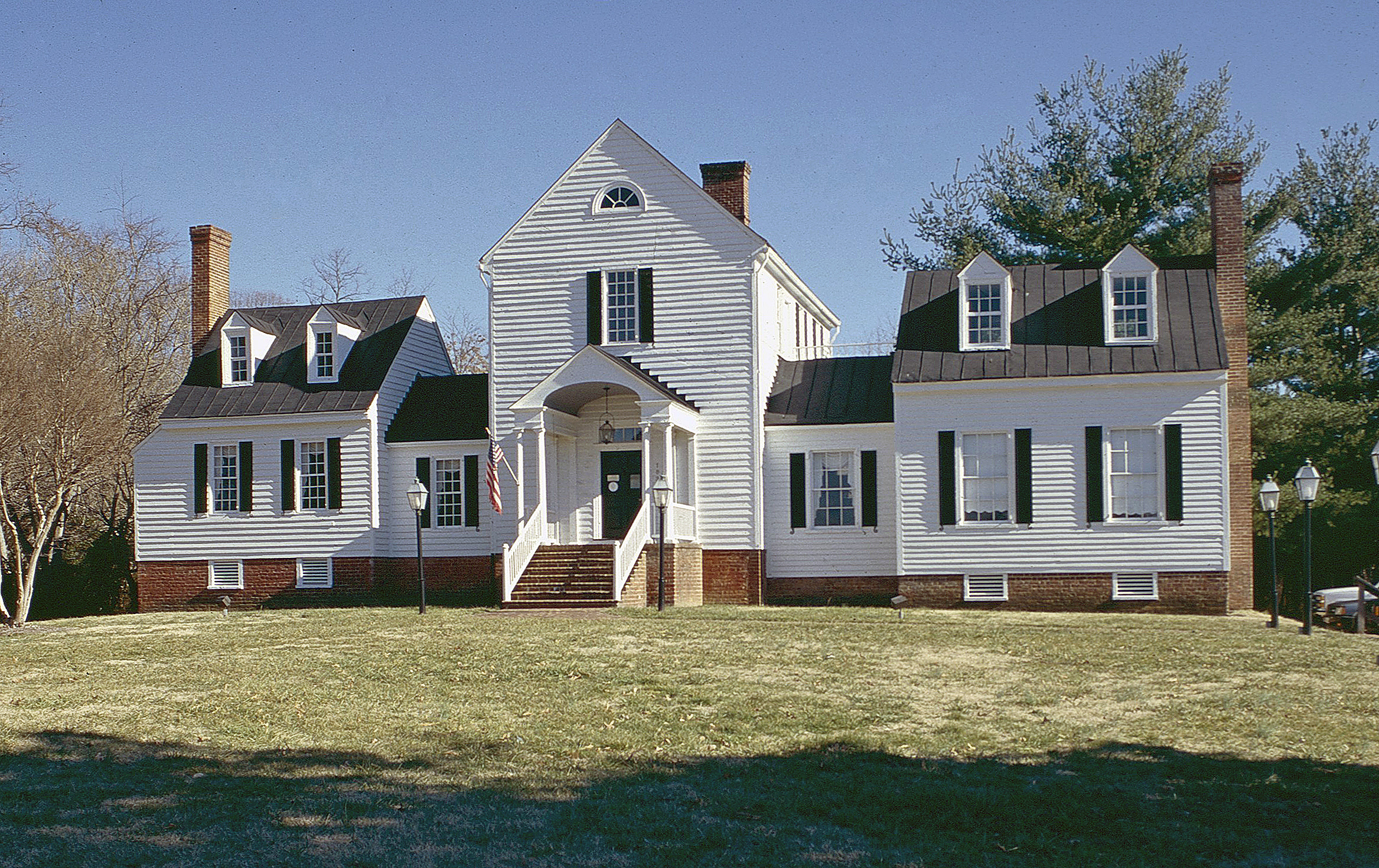 The neo-Palladian style popularized in 18th-century England is evident in the massing of Castlewood, a five-part house, conspicuously located at Chesterfield Court House. Although a unified composition, the house was erected in stages of uncertain sequence. The middle section was probably built ca. 1816 for Parke Poindexter, clerk of the court. The south wing may be part of the initial construction, but its elaborate, highly individualized woodwork dates from the 1830s, and matches that at Norwood in Powhatan County. The north wing, with its gouged-work mantel, appears to predate the rest of the house and apparently was moved from elsewhere. Castlewood has had numerous owners. From 1860 to 1872, it was used by Methodists for traveling ministers. It was converted to a bank in 1977. In 1992, it was acquired for preservation by Chesterfield County for use as county offices.