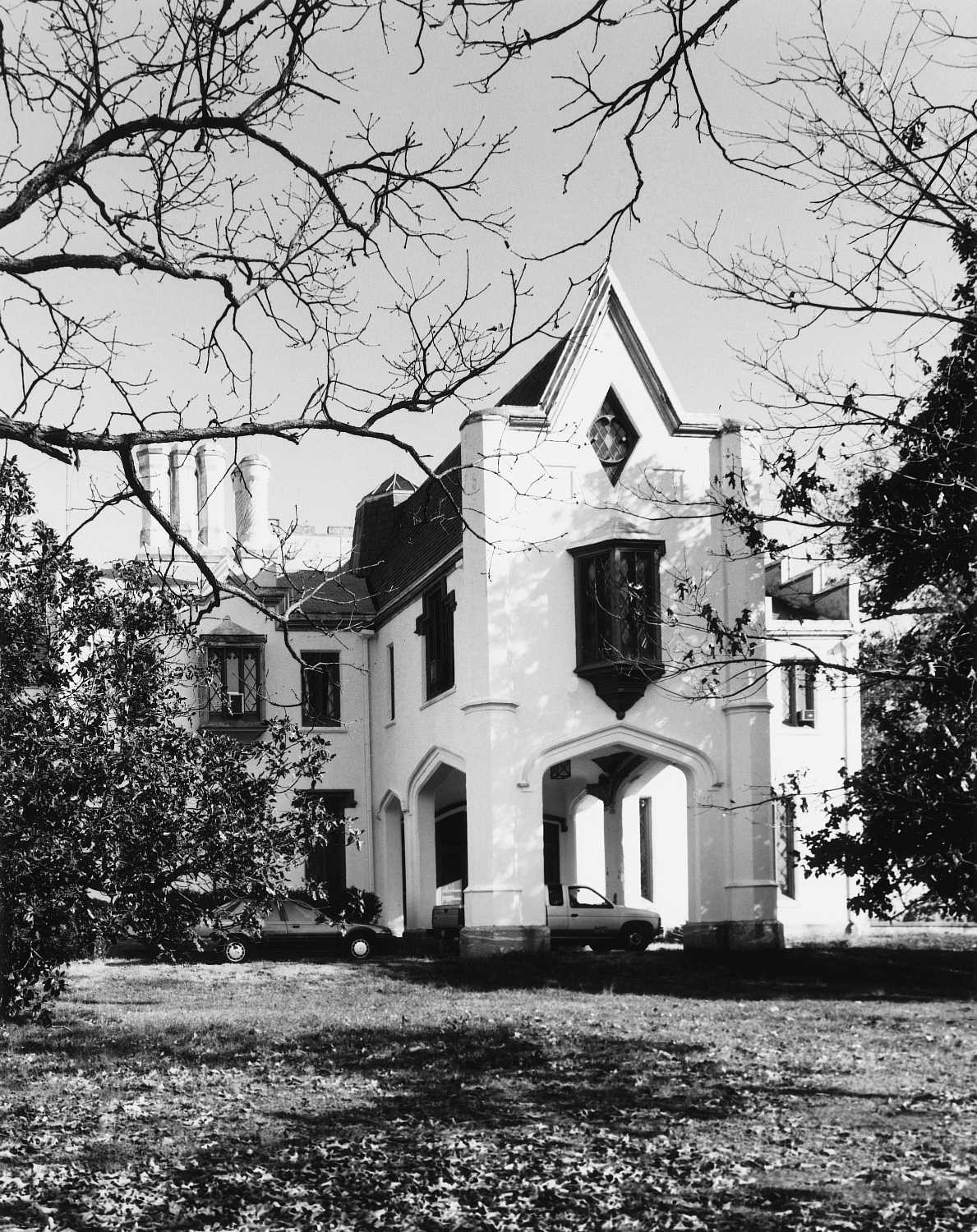 New York architect Alexander Jackson Davis designed this grand romantic mansion for Philip St. George Cocke in 1845. Although its pinnacles and other decorative elements have been removed, the house remains one of the country’s preeminent examples of a Gothic Revival villa. Cocke served as a president of the Virginia Agricultural Society and was a board member of Virginia Military Institute, where he was instrumental in having A.J. Davis design the new complex. In 1893 Belmead was purchased by Mr. and Mrs. Edward de Vaux Morrell of Philadelphia, who founded here in 1895 St. Emma’s Industrial and Agricultural School for African American male youth. Renamed St. Emma Military Academy in 1945, the school continued until closing in 1972. Belmead remains the property of the Sisters of the Blessed Sacrament, a Philadelphia corporation which leases it to the privately operated Blessed Sacrament High School.