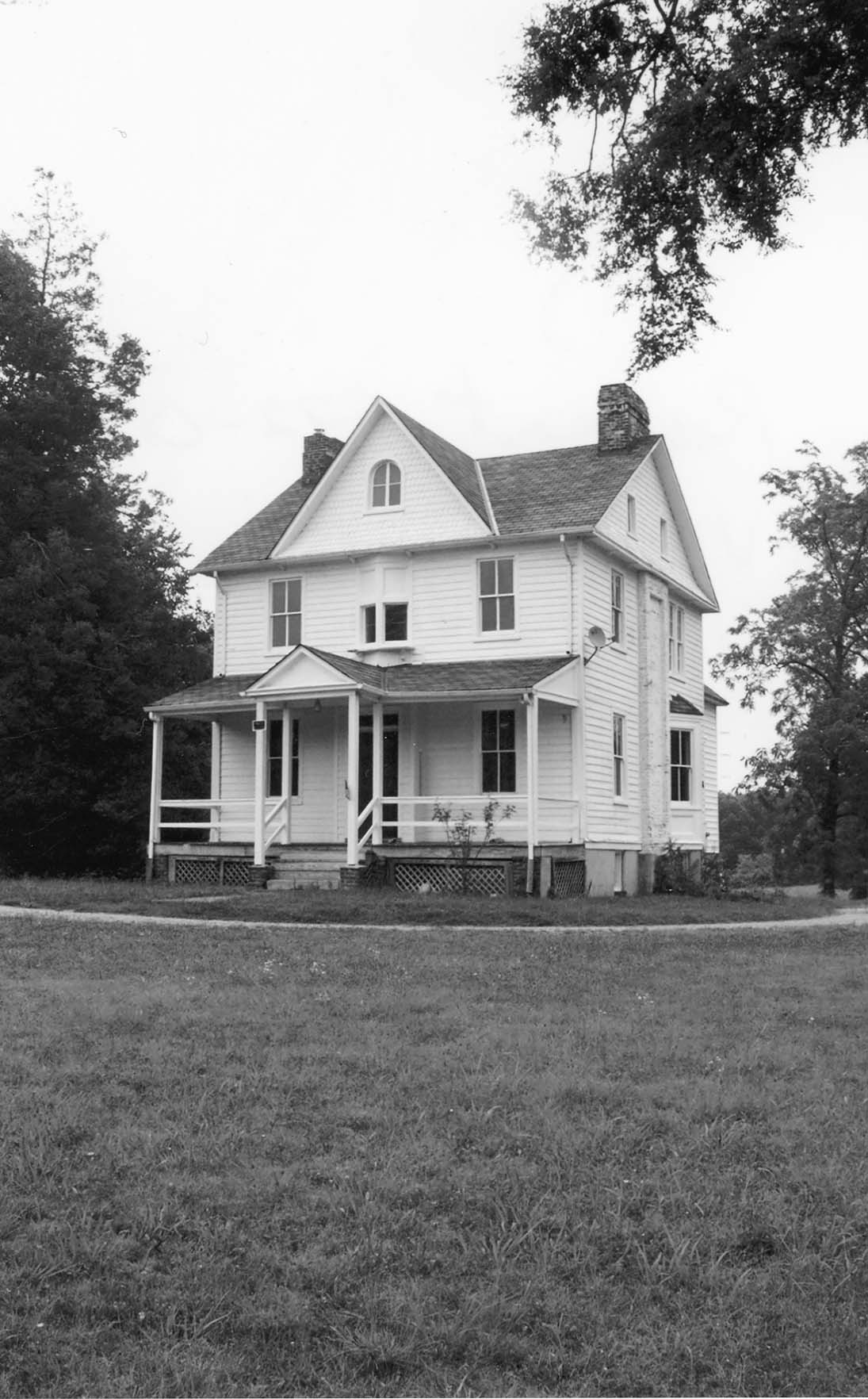 Rosemont was built in 1898 by C.L. Dodd, the architect who in 1895 designed the St. Francis de Sales Institute, a residential Catholic school for African American girls in Powhatan County. It was erected across the road from the school and the two buildings display similar details such as stained-glass windows and ornately carved double front doors and interior wainscoting. While the school was under construction, Dodd and his wife, Rosezilla, made their home at Rosemont, which they named Hardscrabble. The house is an excellent example of the Queen Anne style in Powhatan County, though some of its features are unusual for Virginia and may reflect Dodd’s possible northern background, though little is known about him. The Meacham family bought the property in 1901 and renamed it Rosemont; they also established a small cemetery, which includes six family members.