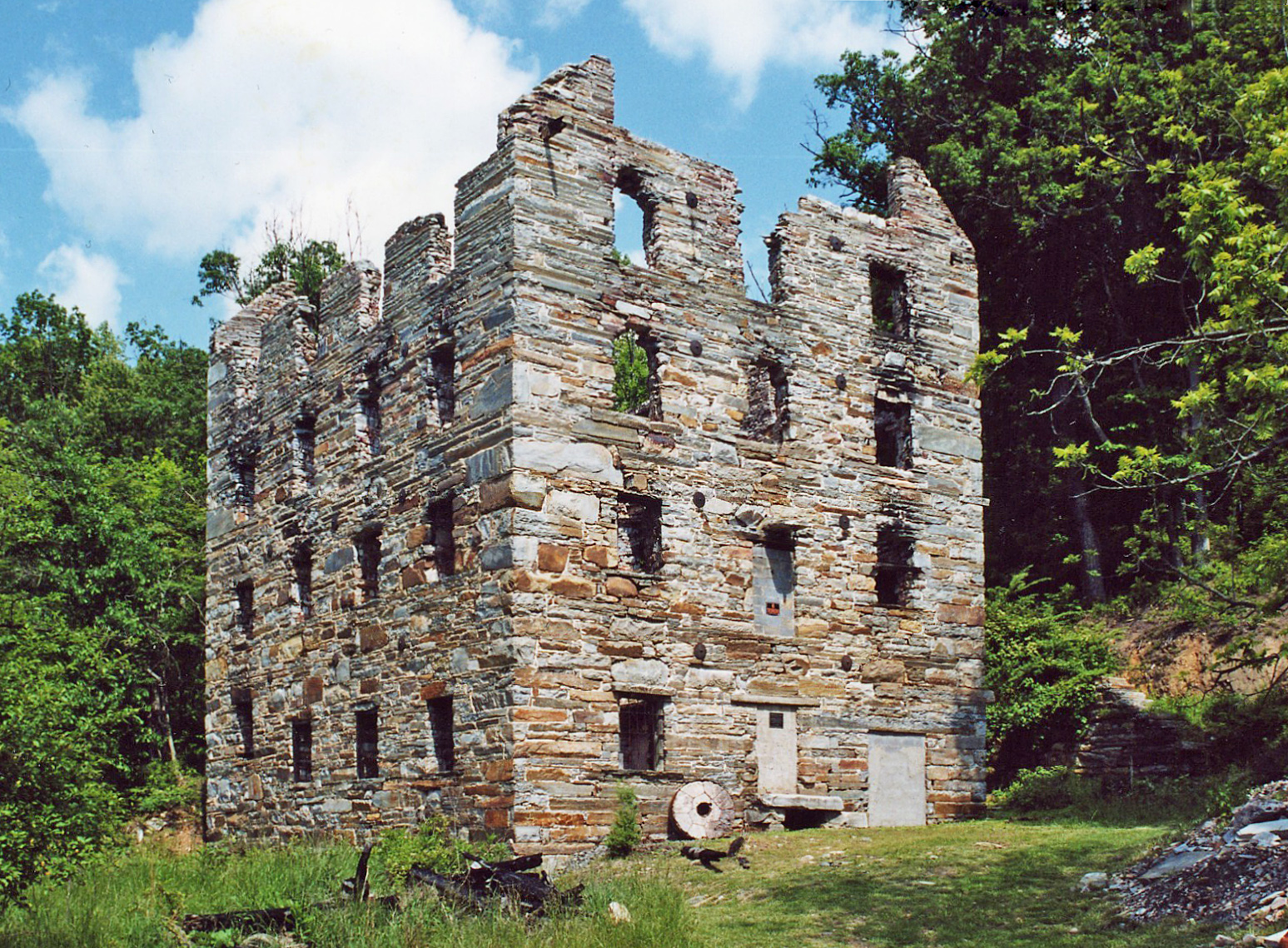 In Thoroughfare Gap and the Broad Run/Little Georgetown Rural Historic District, in full view of motorists traveling on nearby Interstate 66, Beverley Mill is a landmark of the region’s traditional stone construction as well as its milling industry. The bottom three stories of the towering structure belonged to a mill operated by John Chapman. It was built before 1759, the year the mill was cited as a boundary marker between Prince William and Fauquier counties. The upper two stories were added in the 1850s, making the building one of the tallest gristmills remaining in the state. It is claimed that the mill supplied meal to troops in five wars, from the French and Indian War through the Civil War. With improved machinery, Beverley Mill was grinding approximately 100,000 bushels of grain annually as late as the 1940s, and then stood unoccupied for many years. The building was gutted by fire in 1998. Though the arson left the structure a ruin, the stabilized mill walls and the mill store still stand as a reminder of the history of milling in Northern Virginia.