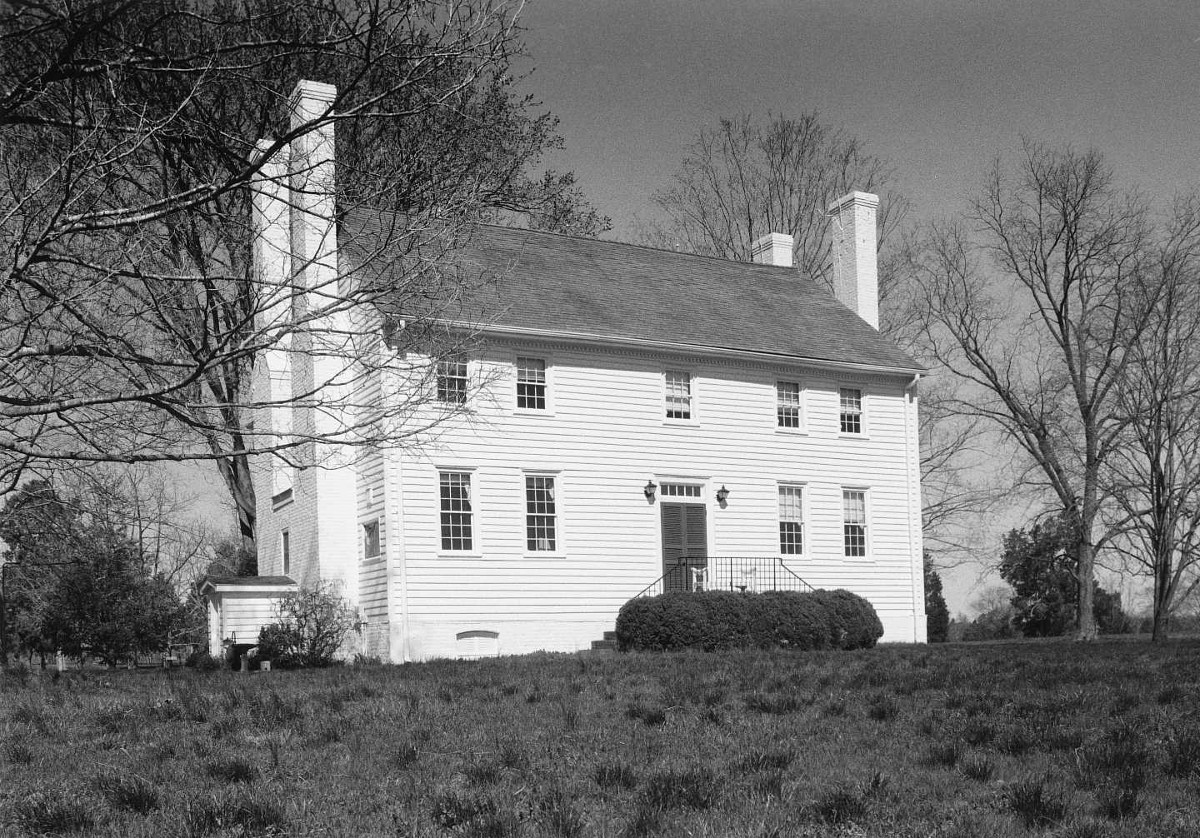 Effingham is one of several large tobacco plantations established during the 18th century in the fertile area of southern Prince William County. The original owner was William Alexander of King George County, great-grandson of John Alexander for whom the city of Alexandria was named. William Alexander served as a member of the Prince William Committee of Safety and was a lieutenant colonel in the county militia. He purchased the Effingham property in 1777 and presumably built the house soon after. A Tidewater-style plantation house, the frame structure has a double-pile, center-passage plan with exterior chimneys connected by pent closets. The interior has sections of early trim and paneling. The several early outbuildings include a rare stone blacksmith shop, a smokehouse, and a slave quarters. Terraces of an extensive early formal garden descend in front of the south elevation.