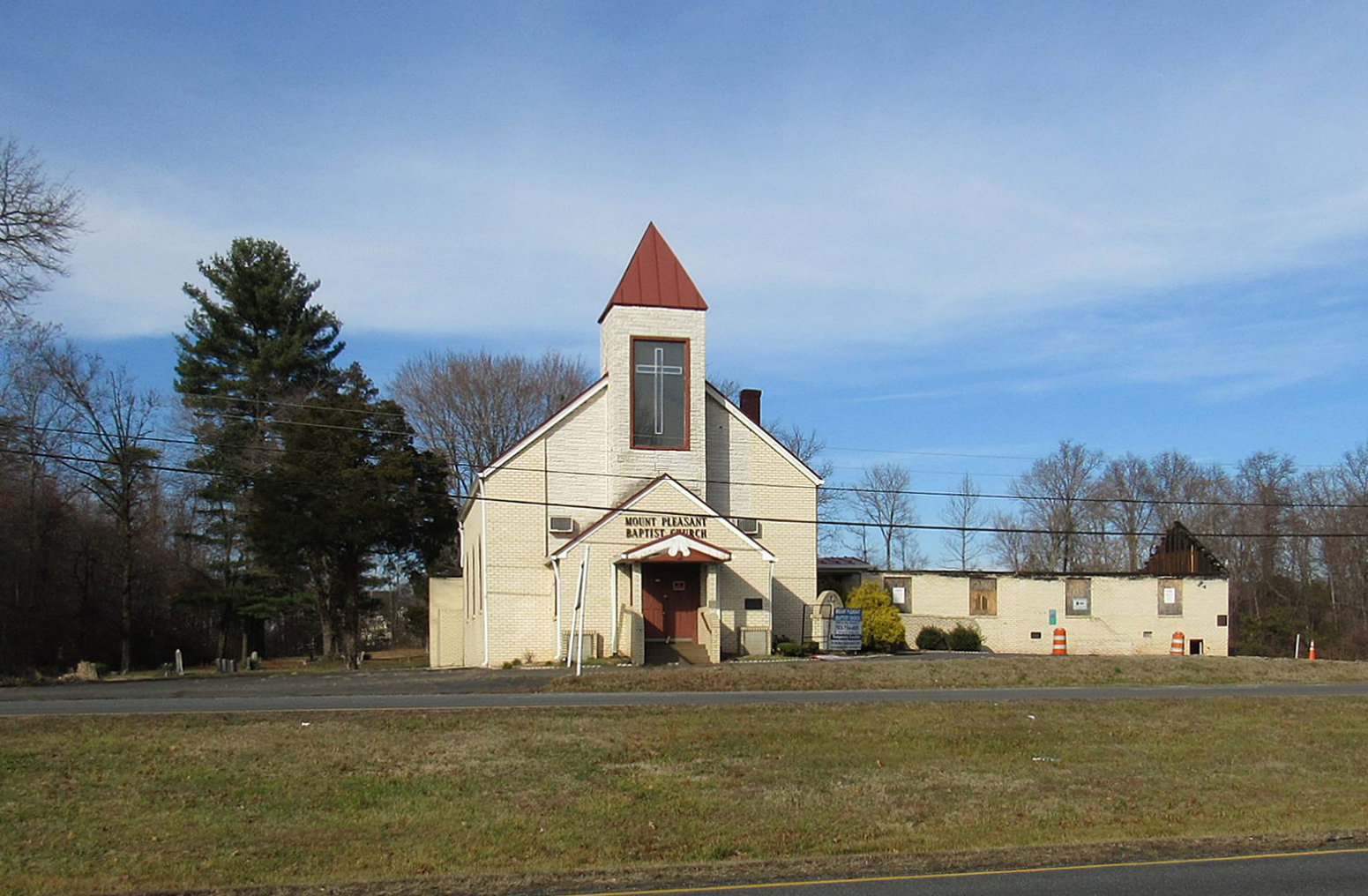 The original main block sanctuary of Mount Pleasant Baptist Church, near Gainesville in Prince William County, dates to 1928 and replaced an 1889 church building. That earlier building arose after a fire, possibly due to arson, destroyed a log church building that trustees relocated to the current site in 1882. During its history and several iterations, the church, with a congregation tracing to 1877, has offered a gathering place, a safe haven, and served as an integral part of the social and religious aspects of the Black community known as The Settlement, established in the 1870s on two large agricultural tracts formerly associated with a mid-19th-century plantation. Although there have been several additions appended to the rear of the current church during the 20th century, the 1928 portion remains mostly unaltered and even survived arson in 2012 when a fire severely damaged a majority of the building but left the main block fairly unscathed, save for smoke damage and several broken window panes. The church’s renovations—including those after 2012—reflect the growth and progress of The Settlement community from the period of first generation African American landowners to established citizens of Prince William County despite continued racial segregation and discrimination. The Mount Pleasant Baptist Church cemetery contains an estimated 230 graves with a variety of headstones and includes veterans who served in every major conflict from the World Wars through the Vietnam War.