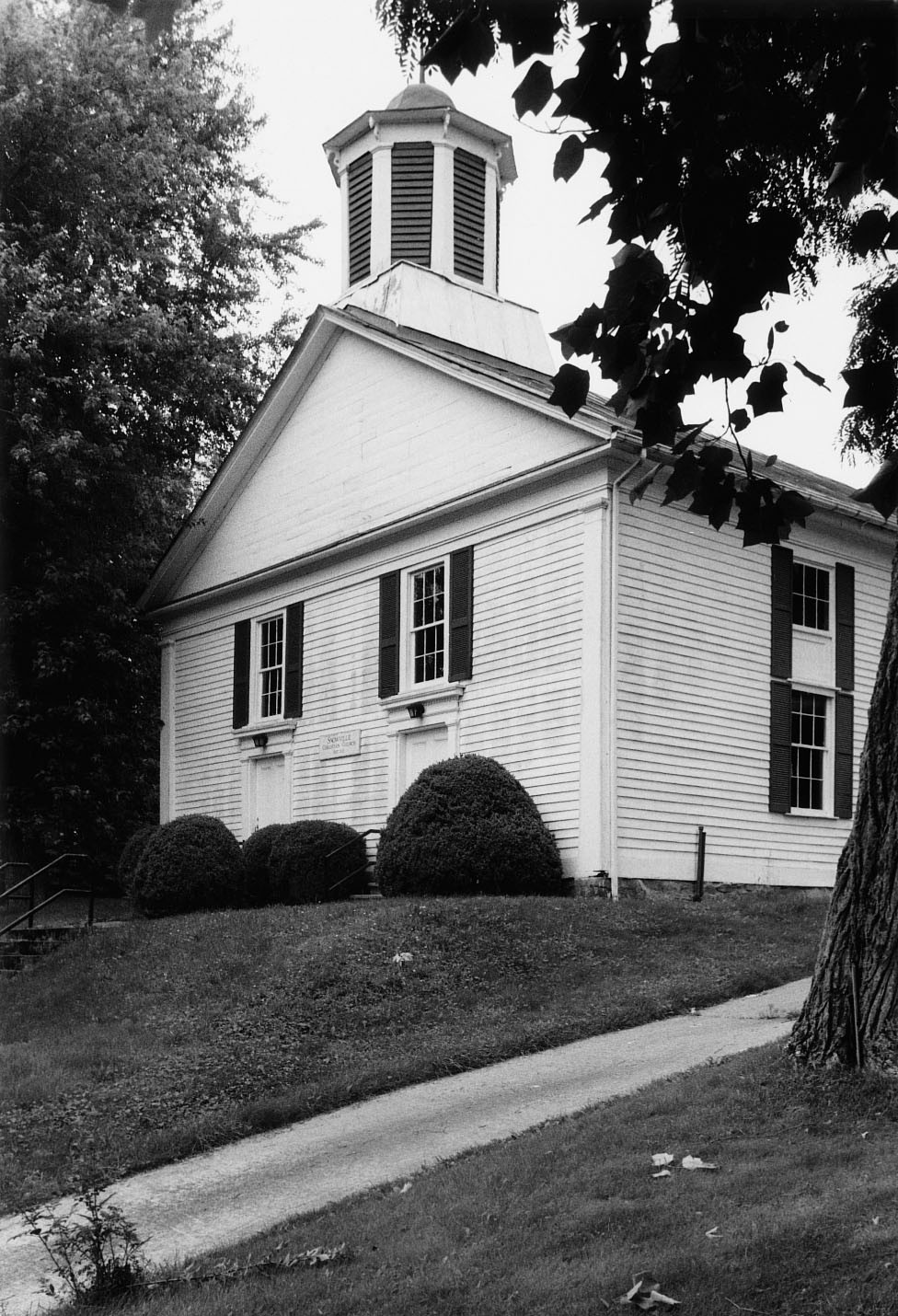 Though architecturally noteworthy as an elegantly simple expression of country Greek Revival design, this church is best known for its association with Chester Bullard (1809-1893), a charismatic religious leader. Born in Massachusetts, Bullard came to the area at age seventeen and settled in Snowville, a manufacturing village founded by his brother-in-law Asiel Snow. He became influenced by the local religious revivals and developed an independent interpretation of scripture, subsequently founding a number of churches. His followers were known as Bullardites. In 1840 he united his churches with the Disciples of Christ or Christian Church. The Snowville church was organized by Bullard as New Salem Church in 1836-37. The original building was replaced by the present one in 1864 on land originally belonging to Bullard.