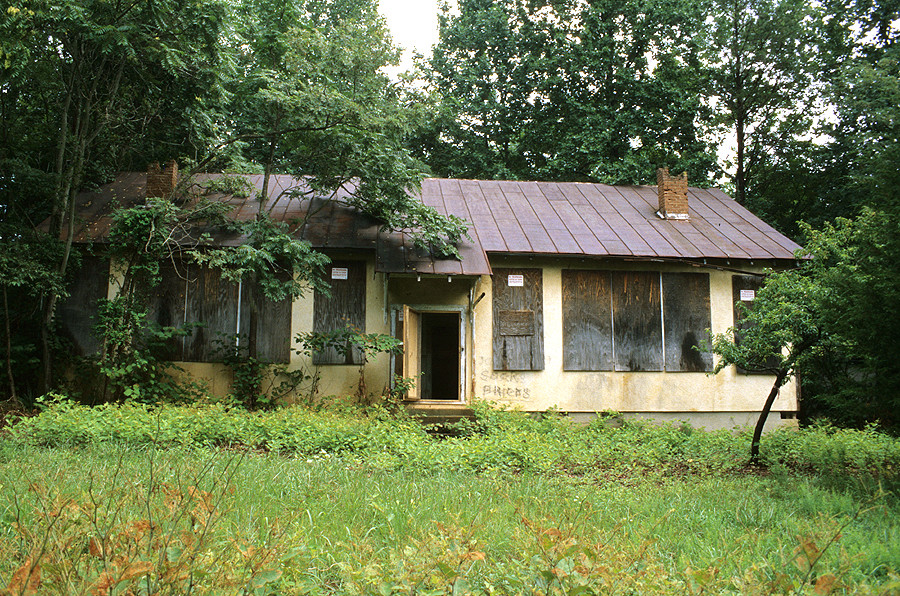 Constructed between 1921-22, the Scrabble School was the first school in Rappahannock County to be built under the auspices of the Rosenwald Fund; as such it holds a special place in the history of local education for African Americans. The fund, established by Julius Rosenwald, president of Sears, Roebuck & Co., provided financial assistance to rural communities in the South to aid in the construction of schools for African American children so that they could receive an education. The Rosenwald Fund required a locality to cover some construction costs but also provided building plans for the school, thus making sure it conformed to Rosenwald standards. Scrabble School features a bank of windows to capture natural lighting and a layout design typical of other Rosenwalds. The school was established through the efforts of Isaiah Wallace, a local African American resident who dedicated himself to ensuring that black children received an education. Though Wallace had attended school only minimally and under poor conditions, he was guided early by a love of learning and a desire to secure education for others. Scrabble School was segregated until 1967, its final year of operation. The building has undergone rehabilitation as a community center.