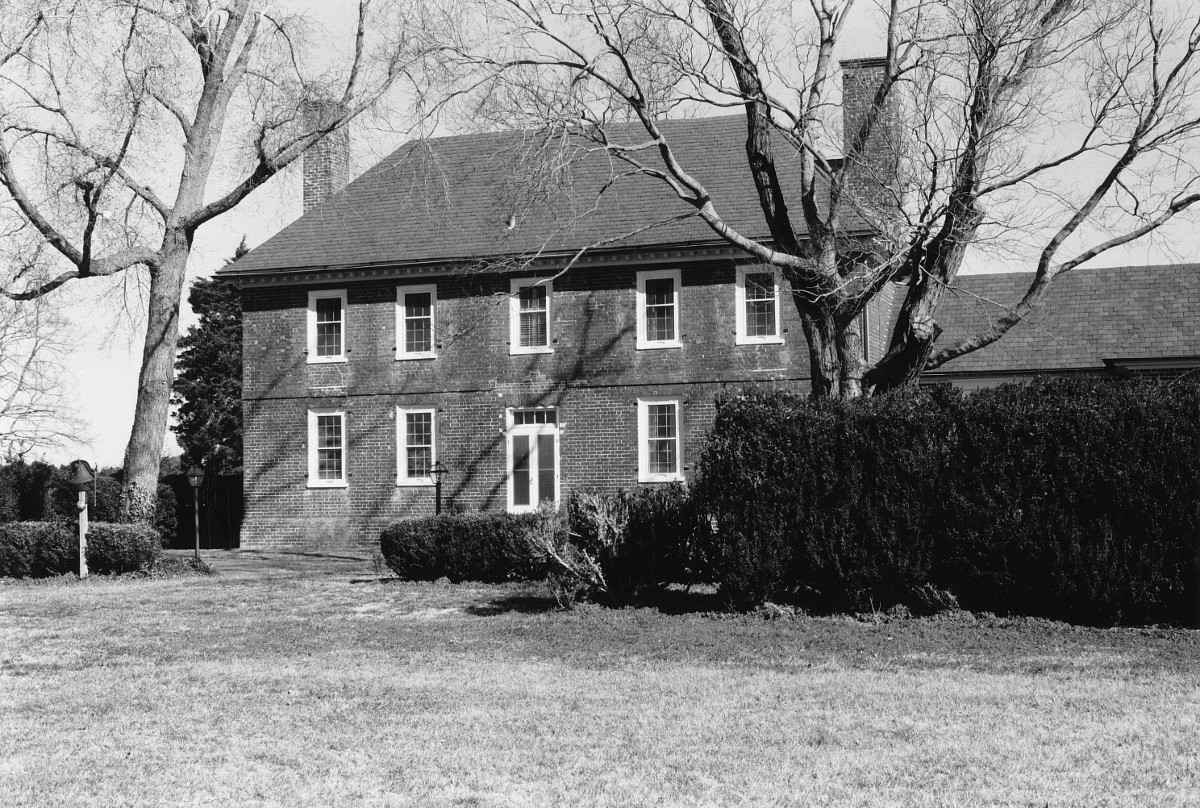 This compact plantation house stands on land patented by Thomas Glascock in 1652. Traditionally dated to 1699, the house may have been built in 1728 for Capt. William Glascock and his wife, Esther Ball, second cousin of George Washington. Indian Banks is on the site of an Indian village visited by Capt. John Smith in 1608. With its diminished proportions, tall hipped roof, and comparatively large windows, the L-shaped house has a distinctly English flavor, one more Queen Anne than Georgian. The scrolled soffit of the jack arch above the main entrance, a common feature in England, is one of only two known Virginia examples. Much of the original interior woodwork disappeared, but a closed-string stair with turned balusters, a second-floor fireplace surround, several doors, and window frames with paneled window seats survive from the original construction. A one-story colonial-style wing was added in 1975.