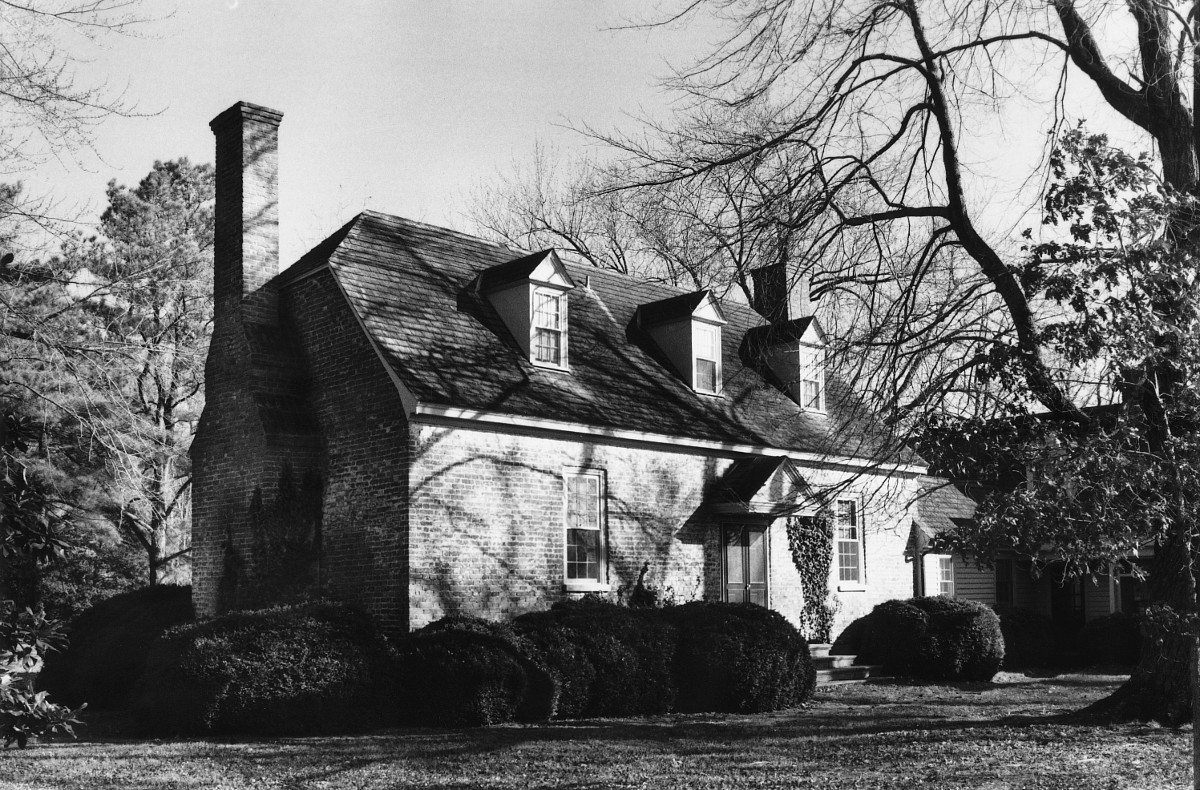 Woodford is an example of Virginia’s transitional vernacular architecture, combining features of the simple cottages of early colonial times with more formal, symmetrical qualities of the Georgian style. The cottage-like aspect is emphasized by the quaint silhouette of the clipped-gable roof, a roof form popular in 18th-century Northern Neck houses. Woodford’s traditional hall-parlor plan incorporates the central passage associated with Georgian plans. The otherwise formal exterior has irregularly spaced openings that reflect the unevenness of the room sizes. The house was built between 1756 and 1773 for Billington McCarty, Jr., whose family had owned the property since 1661. The stair has an unusual banister, at first appearing to have upside-down balusters but actually following sophisticated English precedents. Rare survivals are the remnants of interior clapboarding used here as a cheap, practical second-floor wall and ceiling finish.