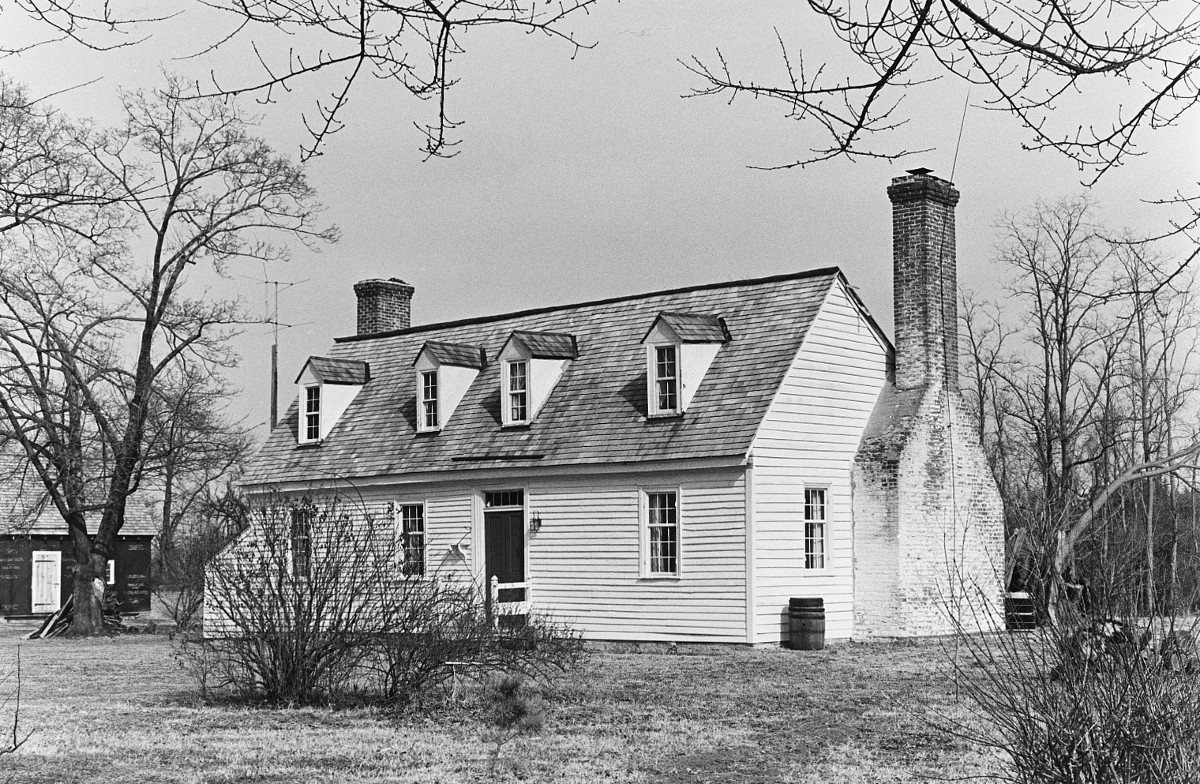 The earliest portion of this vernacular farmhouse was erected ca. 1700, making it perhaps the oldest dwelling on the Northern Neck. Surviving in a remarkably good state of preservation, the house has massive asymmetrical chimney stacks, a closed-string provincial Jacobean stair, and some original riven clapboard sheathing. Its tilted false-plate framing is an early form of Virginia timber construction. Also preserved here is rare surviving evidence of a sliding casement window, a window type once common in early vernacular houses. The house was probably built for Andrew Dew, Jr. The Dew family was established in the Farnham area by 1661. The house was lengthened by an addition on the north end ca. 1725-35. Stewardship by the present owners has protected the special character of this important architectural document.