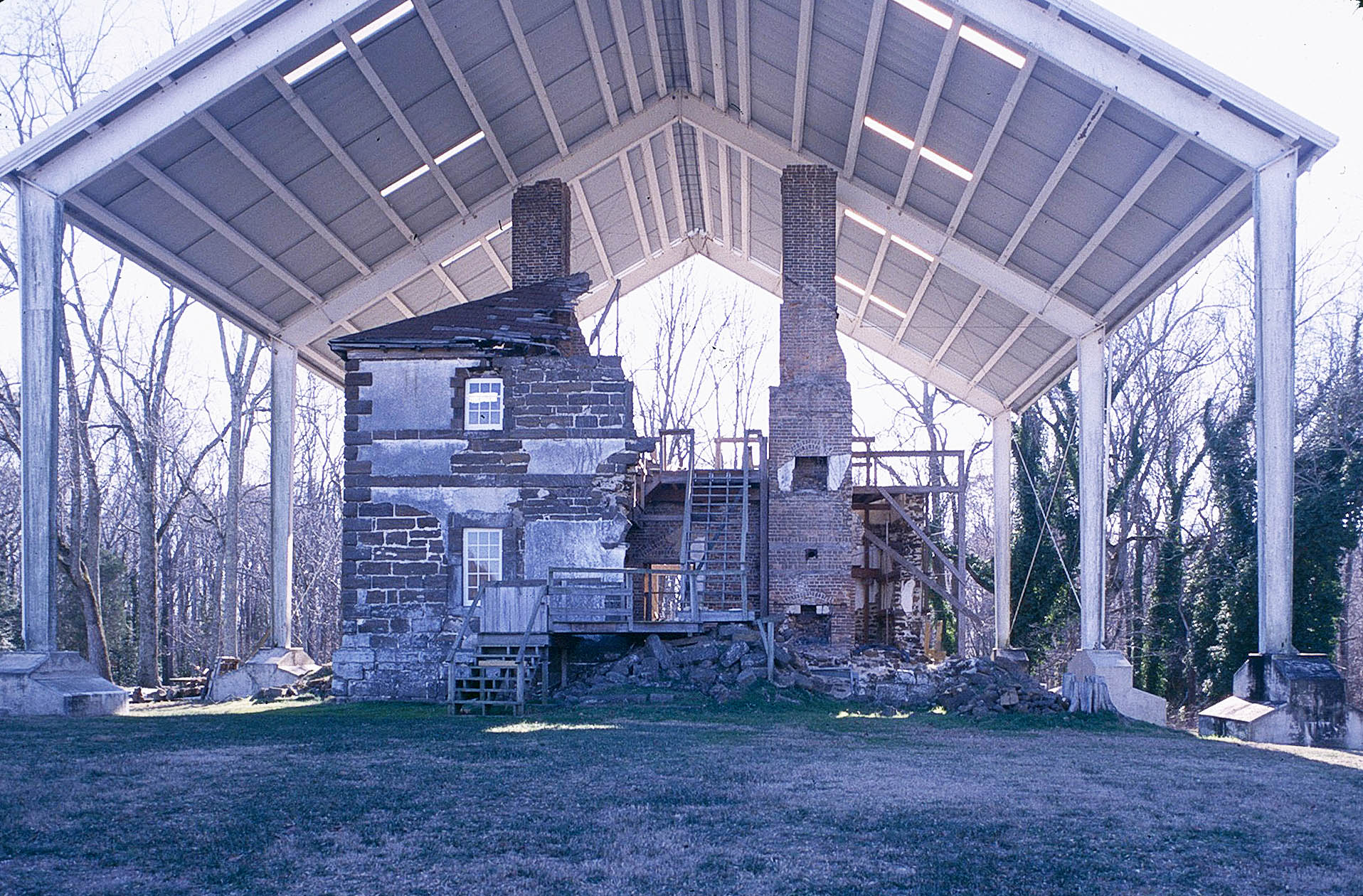 Menokin was the home of Francis Lightfoot Lee, colonial statesman and patriot, and a signer of the Declaration of Independence. Small but unusually formal with its stuccoed walls and dark stone trim, the house was commissioned by Lee’s father-in-law, John Tayloe of Mount Airy in 1769, and was presented upon completion around 1775 to Lee and his bride Rebecca as a wedding present. The original architectural drawings (unsigned) survive in the Tayloe papers at the Virginia Historical Society. The house was abandoned in the 1940s and the woodwork was removed in the 1960s to protect it from theft. In 1995 the ruins, original woodwork, and 500 acres of the original plantation were presented by T. Edgar Omohundro to the Menokin Foundation to be used as a field school for architectural conservation and archaeological study. Plans call for the phased reconstruction of the house.