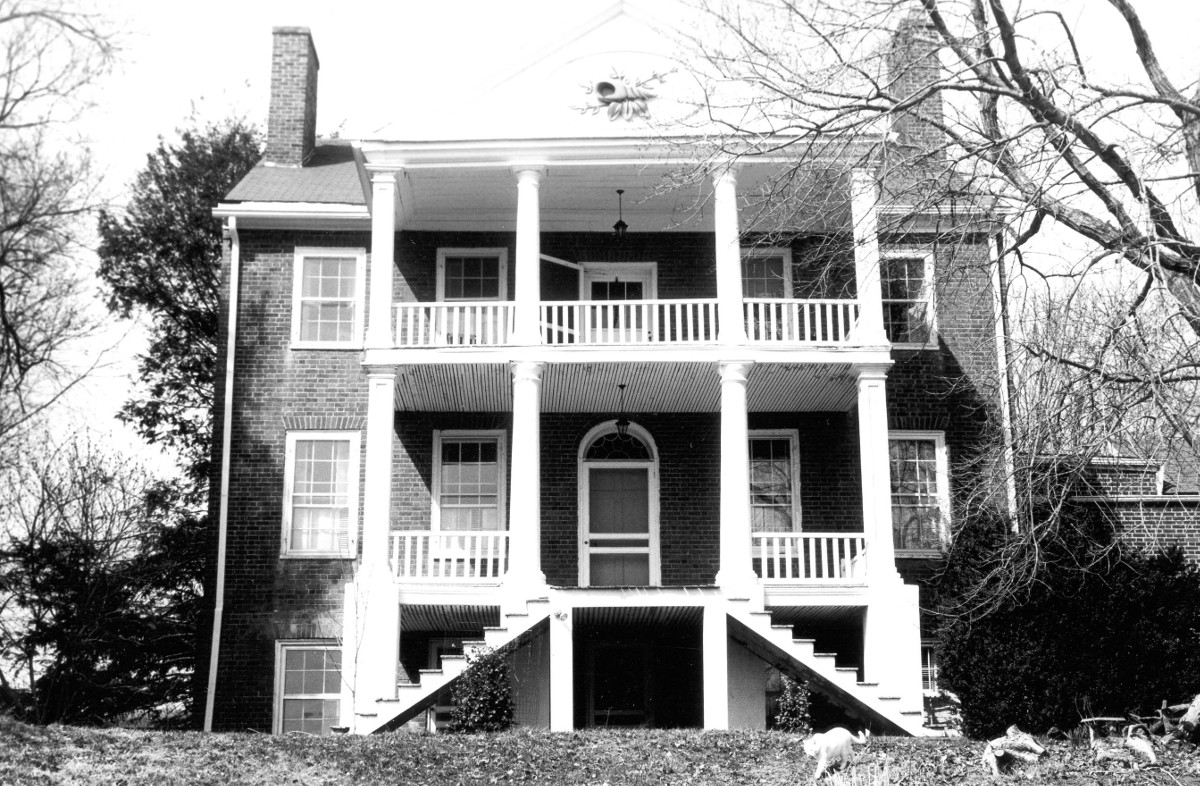 Hickory Hill was built in 1823 as a working farm on over 700 acres by Reuben Grigsby, an influential county citizen. Hickory Hill is one of the so-called “Seven Hills of Rockbridge County,” which refers to homes built atop hills by the Grigsby, Greene, and Welsh families. With its elegant Federal-style residence, the Hickory Hill property now encompasses 184 acres of rolling hills. The house’s brick exterior is dominated by a two-story Doric portico, featuring a medallion and applied cornucopia, while a graceful spiral staircase and chandelier distinguish the interior entry hall. Reuben Grigsby served as a captain in the militia, a sheriff of Rockbridge County, a trustee of Washington (and Lee) College, and a member of the Virginia House of Delegates, as well as an elder in the Falling Spring Presbyterian Church. The house was sold out of the Grigsby family in 1878, but remains a private dwelling today.