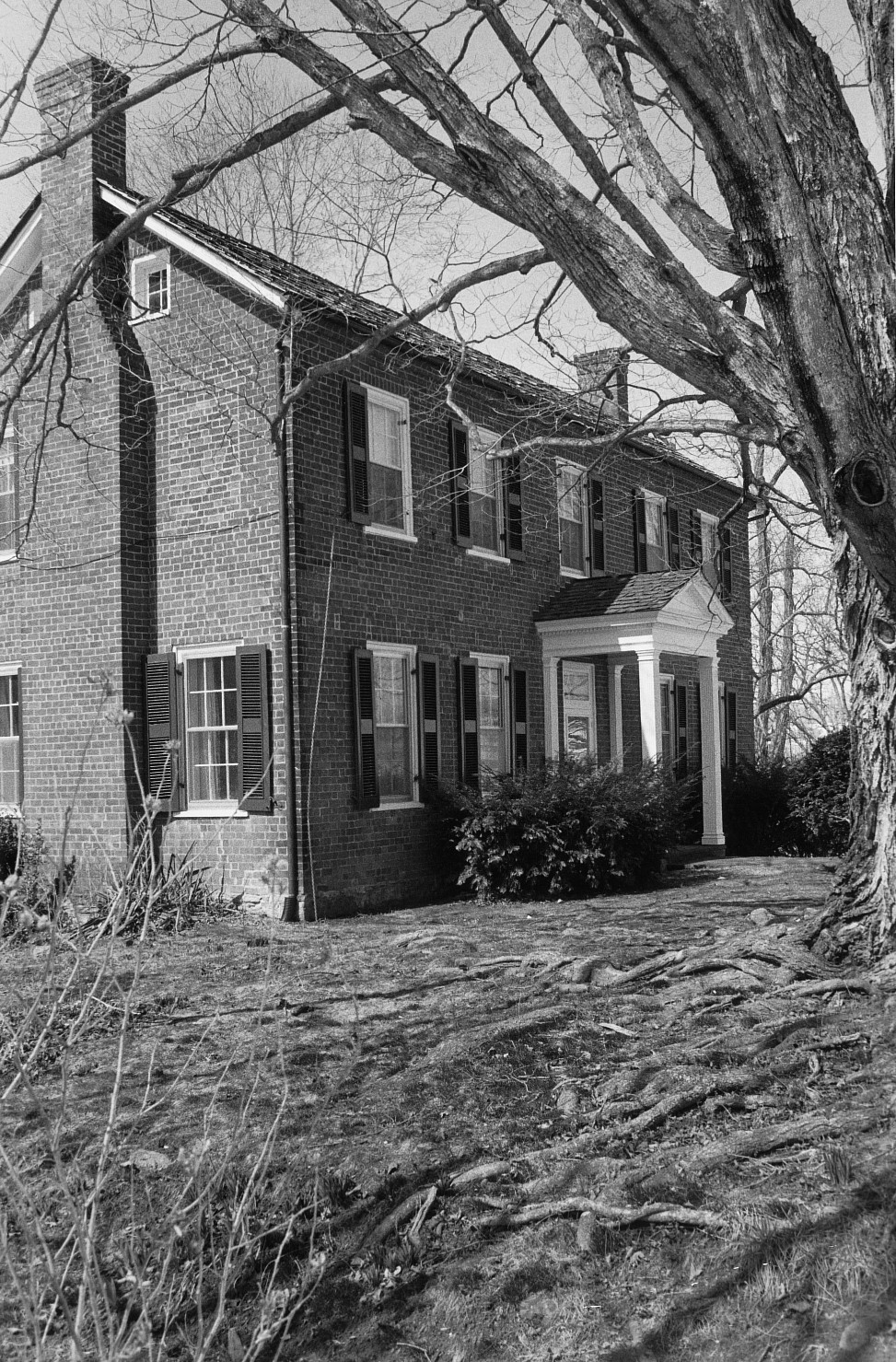 Named for the level loop of bottomland formed by nearby Hayes Creek, this genteel farmstead preserves a high-style brick dwelling built in 1819 for William Houston, a relative of the Texas pioneer and Rockbridge County native, Sam Houston. The house is noted for its fine regional Federal woodwork, particularly an exceptional carved mantel in what is now the dining room. The mantel, a regional interpretation of the Adam style, carved with almost bizarre gusto, is enriched with patera, thumb-nail gouge work, and fylfots (a German-style pinwheel motif). The restrained Federal character of the exterior, with its molded-brick cornice, a local idiom, illustrates the image of dignity favored by the Shenandoah Valley’s rural elite in the decades following the Revolution. Several 19th-century outbuildings remain on the property including a board-and-batten smokehouse with a small cupola.