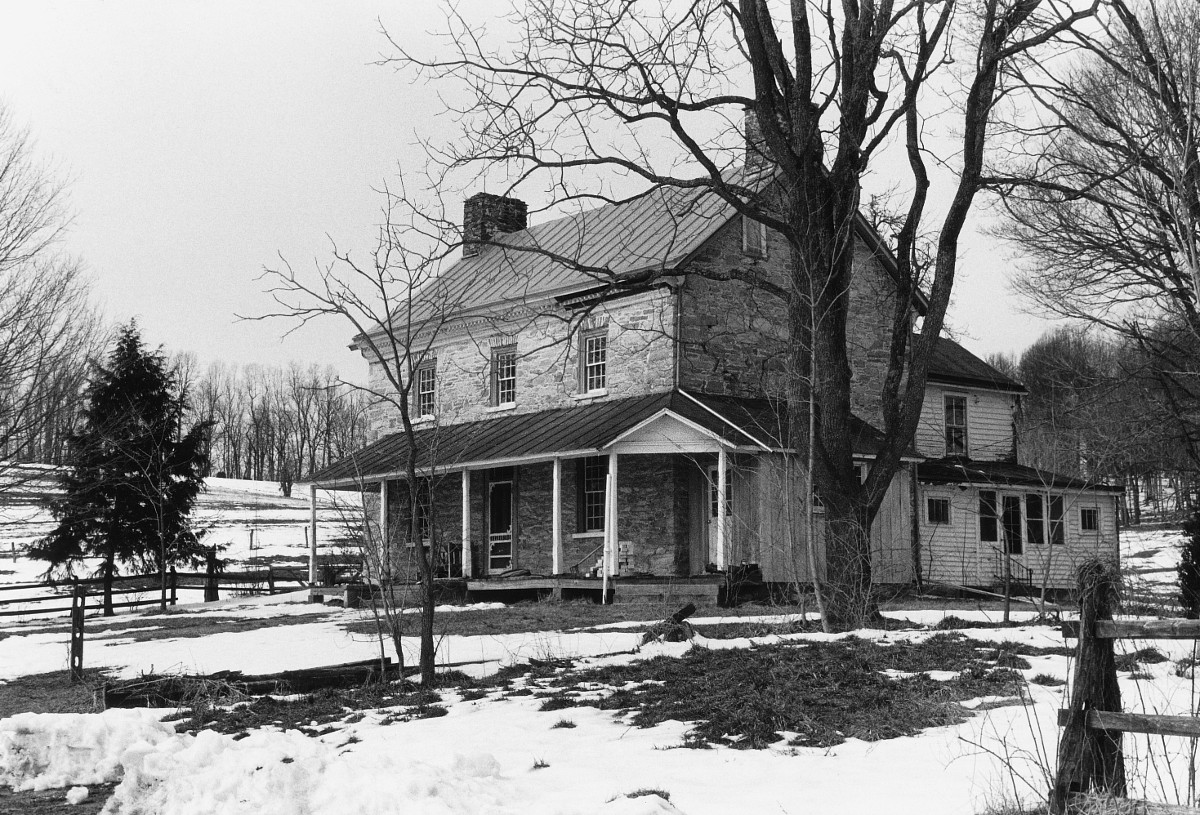 The William Mackey House illustrates the transition from rude frontier structures to solid, permanent dwellings with architectural pretensions that occurred in the Shenandoah Valley in the late 18th century. Compared with its simple log predecessors, the limestone-built Mackey House is a sophisticated structure with finely crafted detailing, including an elegant classical cornice. Except for a front porch and a rear wing, both added around 1900, the house survives without significant alteration, preserving nearly all of its original interior woodwork. It was built in 1796 for William Mackey, son of the Scottish immigrant and Rockbridge County pioneer, John Mackey. The property, situated in an exceptionally scenic section of the county, remains in the ownership of Mackey’s descendants, and is one of the oldest family holdings in the region.