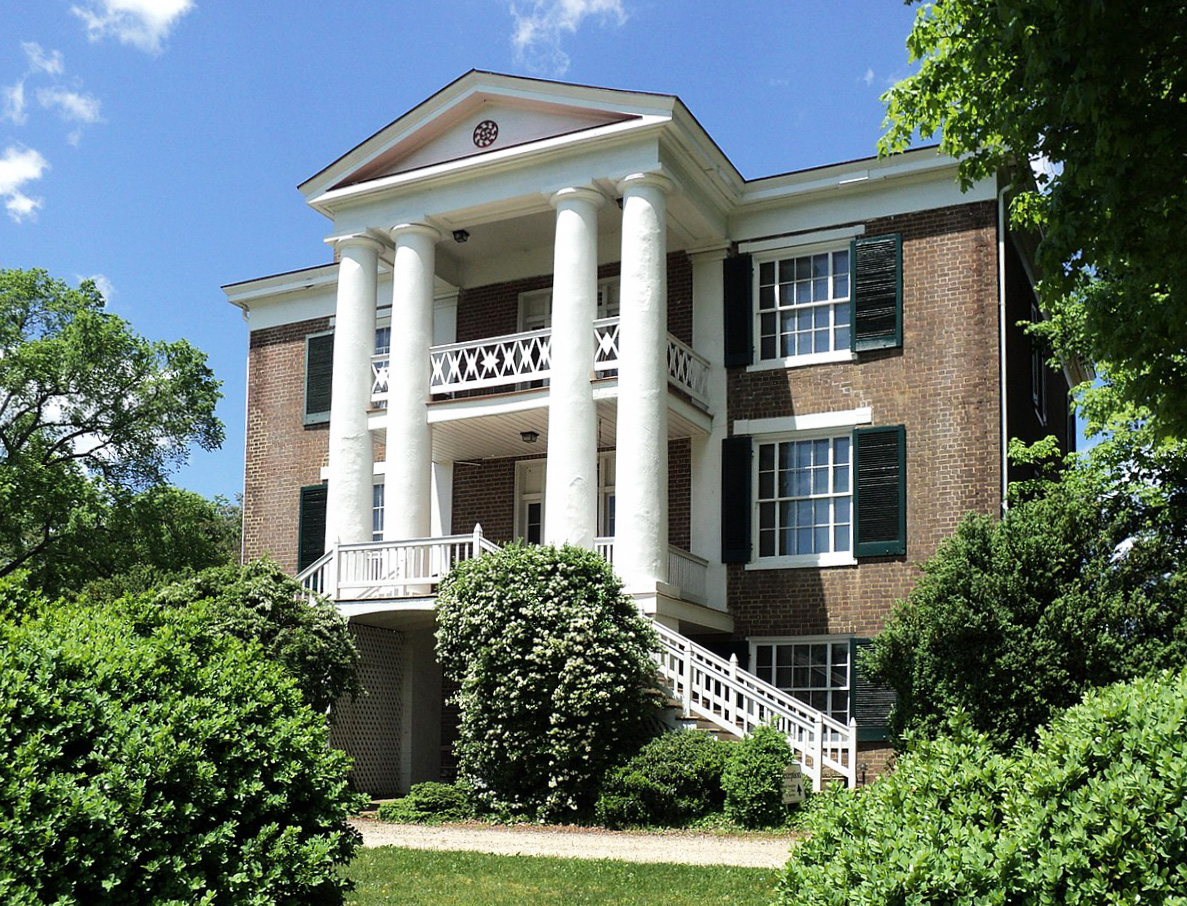 The stately antebellum residence of Maple Hall, a visual historic reference for the many motorists racing by on nearby Interstate 81/64 and U.S. Route 11, was built in 1855 for John Beard Gibson, a Rockbridge County farmer who became successful in milling and distilling operations. His newly-gained wealth enabled Gibson to build Maple Hall, a house whose size and appointments surpassed those of the homes of other gentry in the region. Set off by its two-tiered portico, the boldly scaled structure reflects the influence of architectural pattern books on local builders. Many of the Greek Revival details, specifically the first-floor mantels, were adapted from designs in Asher Benjamin’s popular work The Practical House Carpenter (1830). Two early outbuildings, one of brick, the other of log, remain on the grounds. The complex has been restored as a country inn.