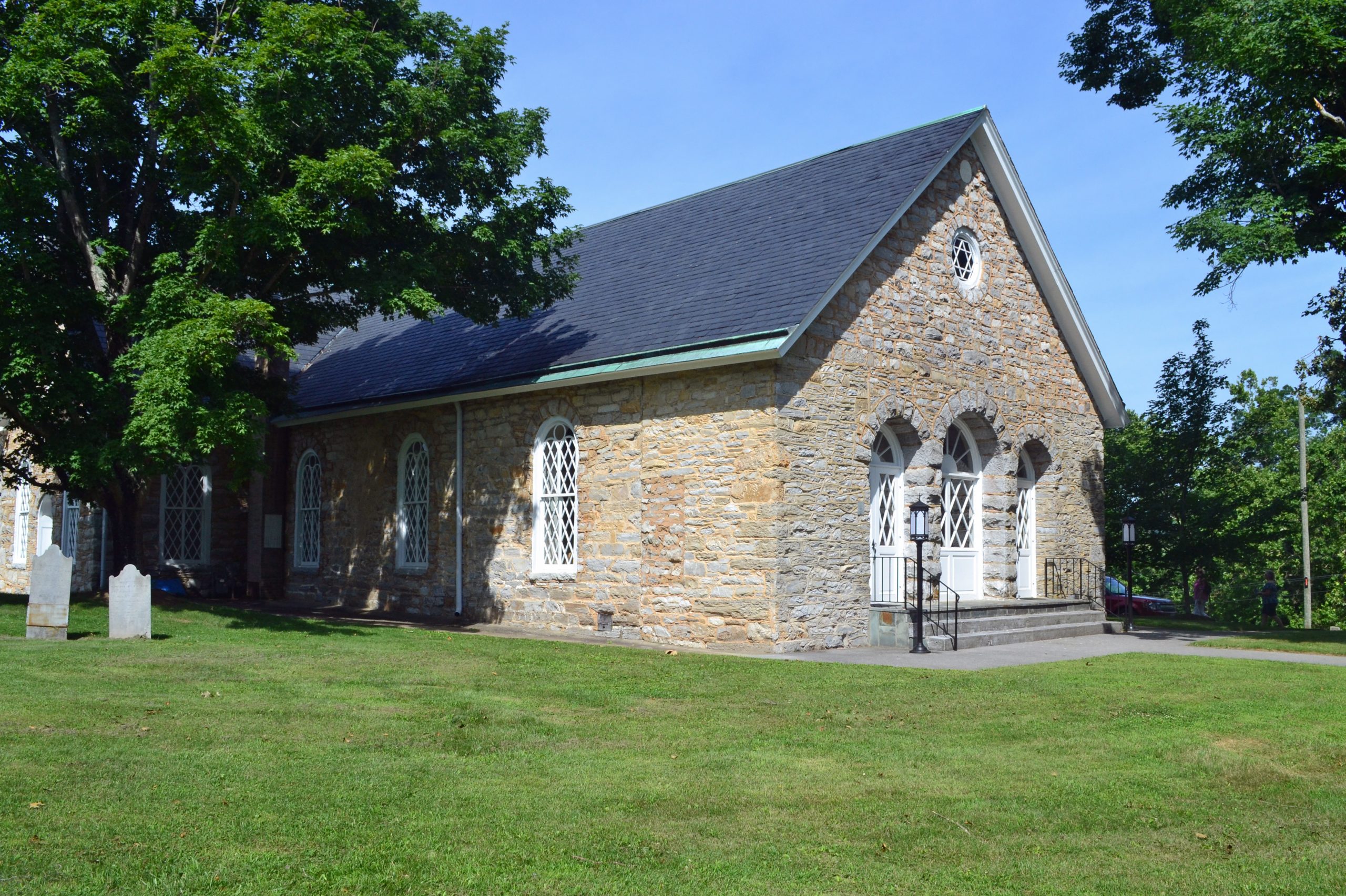 Though considerably altered and enlarged during its more than two centuries of service, this stone meetinghouse, built in 1755, is the second oldest Presbyterian house of worship in the Shenandoah Valley. The Timber Ridge Presbyterian Church congregation was organized in 1746 by the pioneering minister John Blair and worshiped in a log structure until this building was erected. For several years after 1776, Timber Ridge supported the newly established Augusta Academy, later Liberty Hall Academy, the predecessor of Washington and Lee University. One of the congregation’s early leaders was John Houston, great-grandfather of Sam Houston, the Texas pioneer. In keeping with Calvinist tradition, the building, in its original form, was probably a stern little structure, devoid of prideful embellishment. The present façade, with its arcaded porch, was added in 1871.