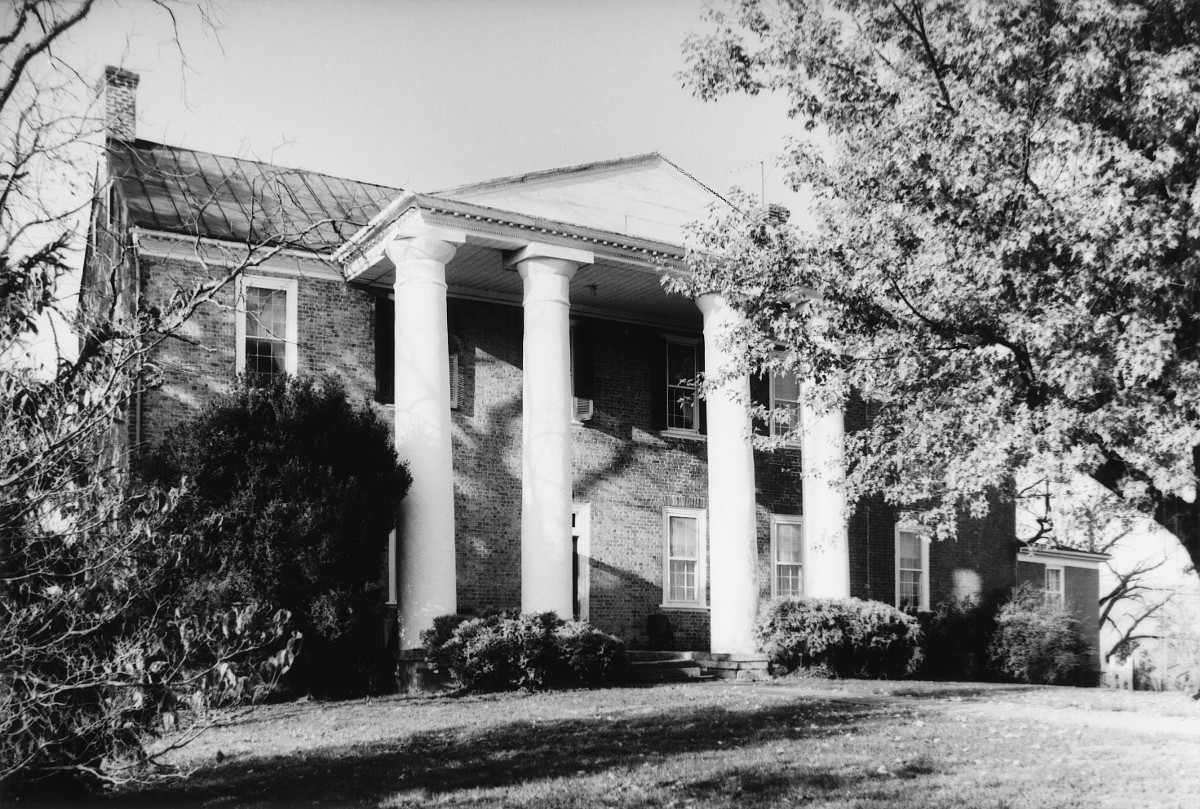 Thorn Hill, one of Rockbridge County’s most venerable anchors in the past, was built ca. 1792 for John Bowyer, a schoolteacher who settled here in 1753. Bowyer helped organize Rockbridge County in 1778. In 1782 he became a colonel in the Rockbridge County militia and later served as justice of the peace. He was appointed one of the first trustees of Liberty Hall Academy in 1792. Bowyer’s commandingly situated homestead is noted for its elaborate but eccentrically proportioned late Georgian woodwork. Its joiner was obviously untutored in architectural refinements but was highly skilled with an entertaining sense of design. The south facade retains its delicate Federal porch; what was a two-level porch on the opposite front was replaced in the 19th century with four heavy Greek Doric columns. Several early outbuildings are placed to make a forecourt on the house’s south side.