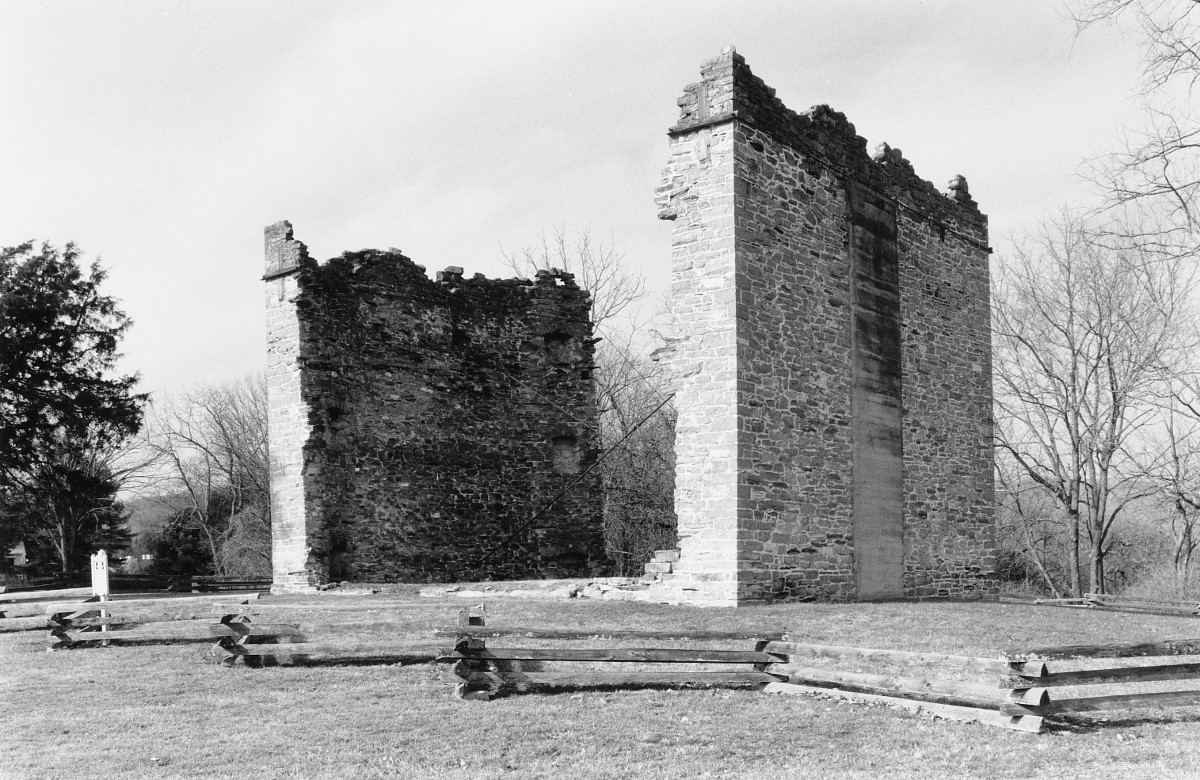 These gaunt ruins are the remains of Liberty Hall Academy, the predecessor of Washington and Lee University. In 1749 Augusta Academy, the first school of consequence west of the Blue Ridge Mountains, was founded near Greenville. The academy, patriotically renamed Liberty Hall Academy, was relocated twice before settling in 1792 immediately west of Lexington. Constructed in 1793, the limestone building stood three stories tall with a gable roof. An unusual treatment, found in at least three Rockbridge County buildings, was the placement of the fireplaces in the outside corners so that chimneys projected from the four corners of the building. The academy was housed here only a short while, for the building was gutted by fire in 1803. The school, by then known as Washington Academy, relocated to a new site in Lexington where it evolved into the present university which owns and maintains the ruins.