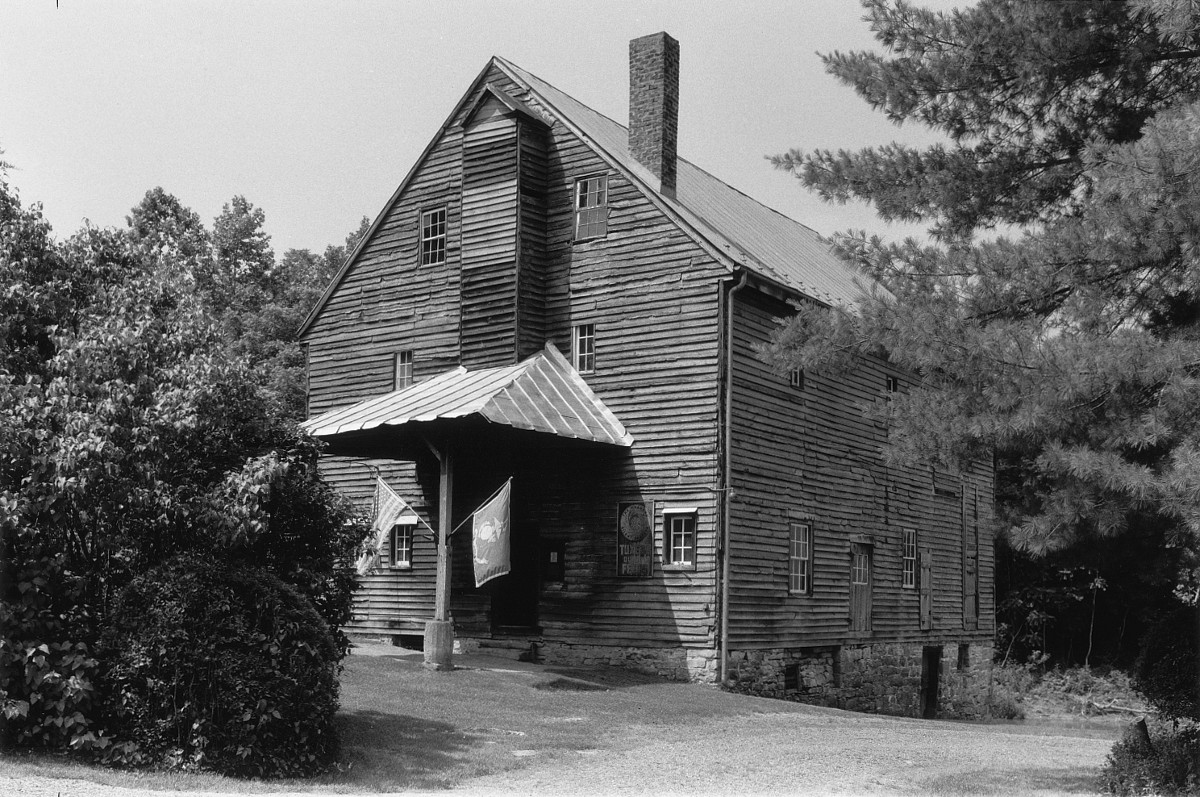 Hays Creek Mill is a surviving example of the many mills that served the abundant farms of Rockbridge County in the 18th and 19th centuries. Built around 1819 by William Steele, the stone and wood-frame structure was originally smaller but was enlarged to its present configuration in the 1870s. The mill remained in operation until 1957, functioning at various times during its commercial life as a gristmill, sawmill, and fulling mill. From 1871 until the 1920s it was owned and operated by the McClung family and was known as McClung’s Mill. The present owner, who acquired the property in 1974, has undertaken a program of stabilizing the long-neglected structure and uses it as a woodworking shop and storage. Most of the milling equipment was removed decades ago but the metal overshot wheel remains. Next to the mill is a mid-19th-century miller’s house.