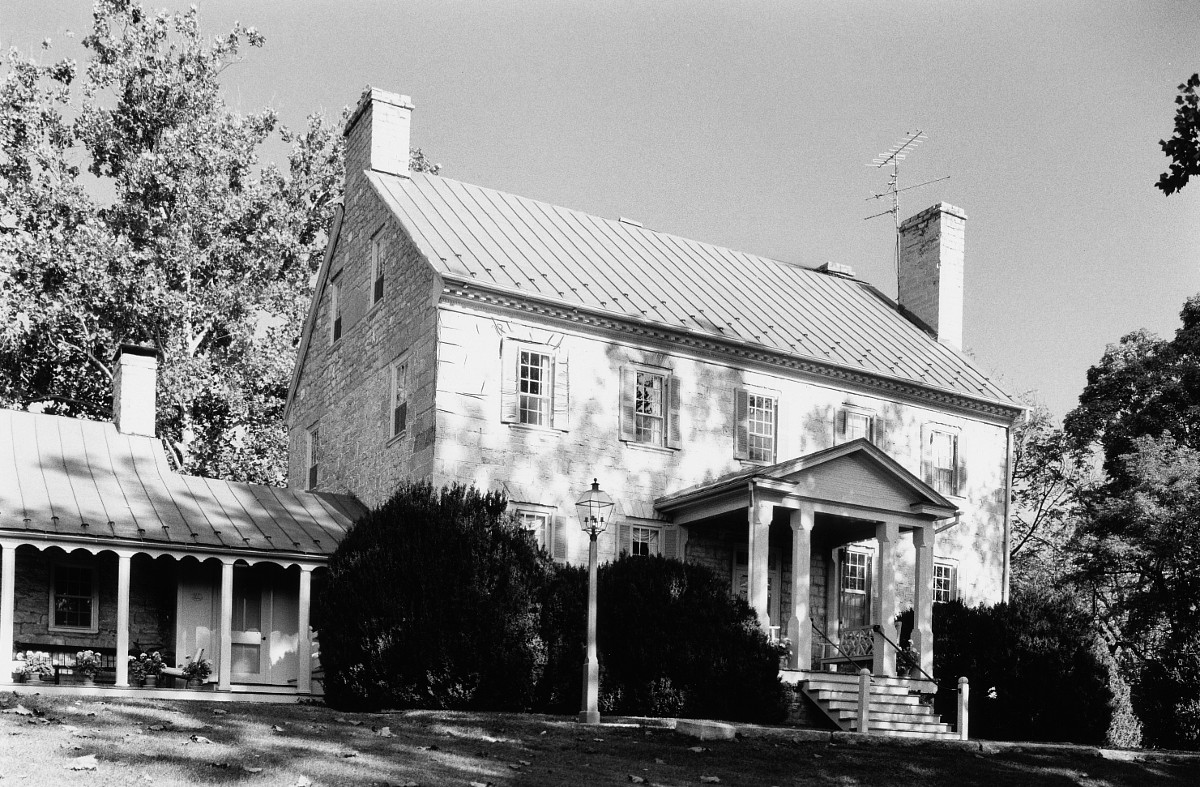 On a tree-shaded knoll on the edge of Lexington, this solidly proportioned five-bay limestone house shows the influence of the Georgian architecture of eastern Virginia. As recorded on a date stone, the house was constructed for Zachariah Johnston in 1797 by John Spear, a little known but obviously skilled builder. Johnston served as a member of the Virginia convention to ratify the U. S. Constitution in 1788, a presidential elector, and a member of the Virginia House of Delegates, where he was chairman of the standing committee on religion and demonstrated his strong advocacy of religious freedom. The house, which has undergone few changes, was restored in 1965-66 under the direction of Thomas W. S. Craven. A modern passageway connects the main section to the original kitchen outbuilding. The front porch, with its chamfered posts, replaced an earlier porch around 1900.