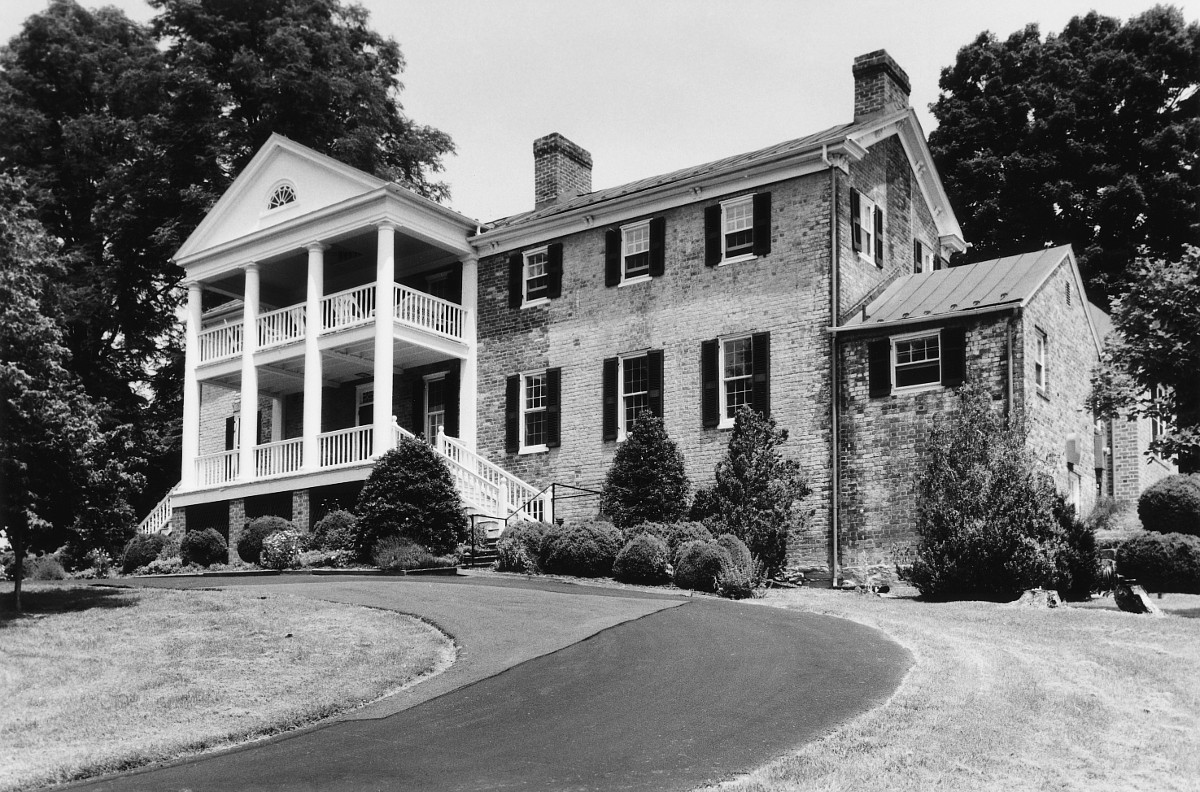 Erected ca. 1815, Clifton was originally the home of Maj. John Alexander, a veteran of the War of 1812 who served as a trustee of nearby Washington College (now Washington and Lee University) from 1812 to 1853. Alexander’s widow sold Clifton to Louisville, Ky. lawyer William Preston Johnston, who served as President Jefferson Davis’s aide-de-camp during the Civil War. Invited by Robert E. Lee to join the Washington College faculty, Johnston served as full professor until 1872. While residing at Clifton, Johnston penned a biography of his father, Confederate general Albert Sidney Johnston. Johnston later served as the first president of Tulane University. On a hill overlooking the Maury River, the imposing house with its molded brick cornice is a characteristic example of a gentry homestead of the region. The two-level portico, a 20th-century addition, was designed by architect Thomas W. S. Craven.