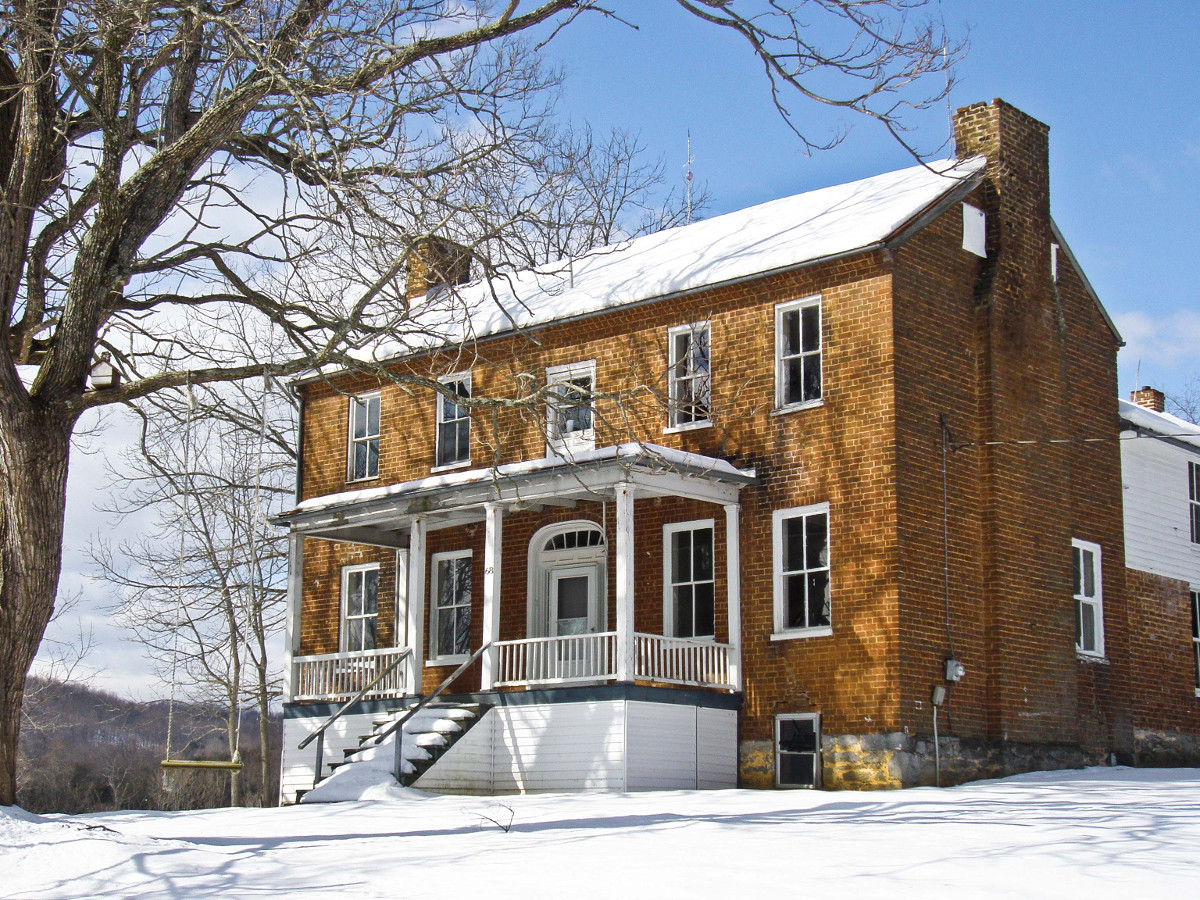 Farmer and wheat fan manufacturer Henry Amole built Chapel Hill, a Federal and Greek Revival brick house located in Rockbridge County, around 1842. Amole manufactured wheat fans (also known as fanning mills or winnowing machines), hand-cranked devices used to separate wheat from chaff. The machines were marketed to farmers in Rockbridge and adjacent areas in the upper Shenandoah Valley, a developing grain growing region prior to the Civil War. Amole appears to have stopped manufacturing the fans by the third quarter of the 19th century. The house Amole built features unusual vernacular mantels, a finely crafted front entry surround, molded brick cornices, and a stone chimney constructed from a former outbuilding. In 1898 the property was acquired by the Rees family, who added a rear wing to the house circa 1910. At the time of its listing, it remained in the ownership of a Rees family descendant.