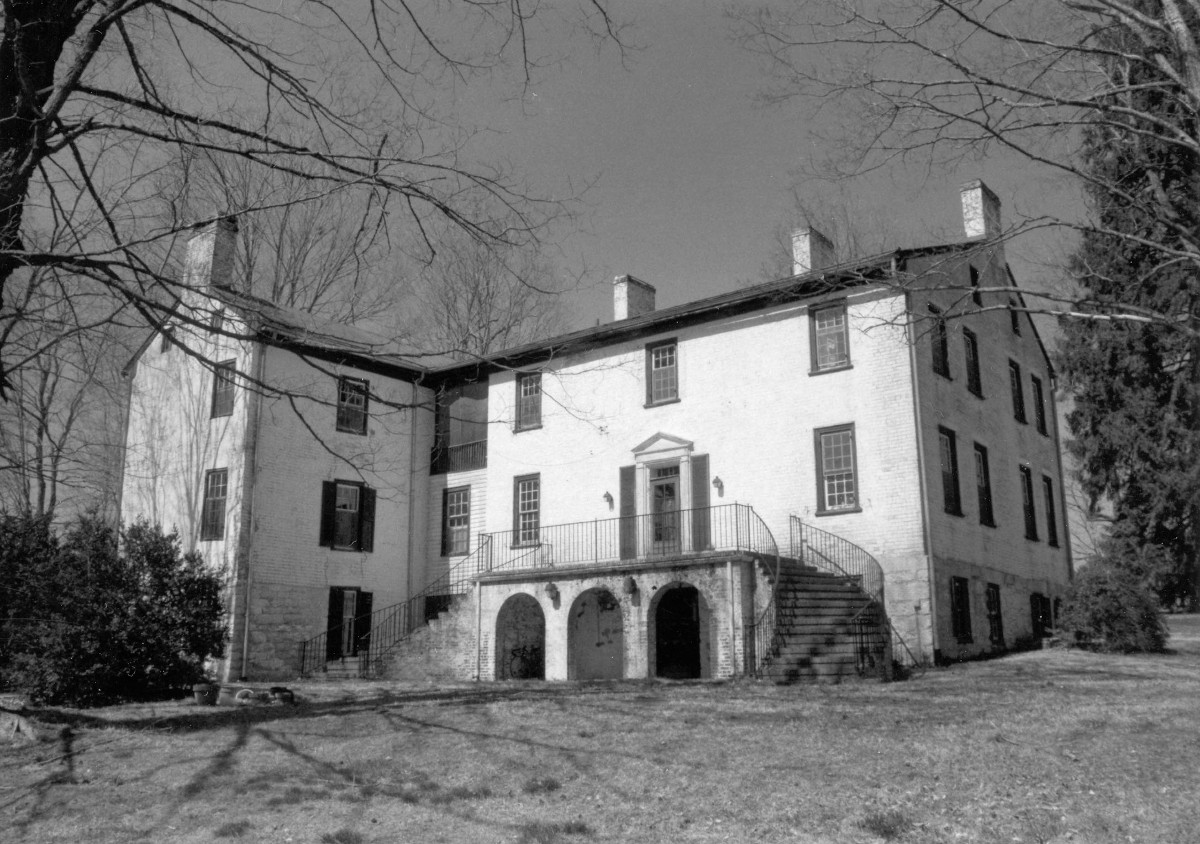 Sunnyside is a fine example of a Federal-period farmhouse that may have been built in the late 18th century. The three-story, 10,000-square-foot Rockbridge County house includes later additions and changes made during the 19th and 20th centuries. The oldest part of the house is identified by its Flemish-bond brick walls, coursed-rubble limestone foundation, and wood cornice with simple modillions. A later addition is of mixed-bond brick construction on an uncoursed limestone ashlar foundation with a cornice designed to match the original section. Tall bay windows were added during the Victorian era, followed by two brick porches with wrought-iron railings in the 1940s. The setting consists of a spacious lawn with gardens, walks, and large trees, in addition to several surviving dependencies. The house is thought to have been built for James Moore, a Rockbridge County sheriff. The property passed to Alexander Barclay in the late 1820s.