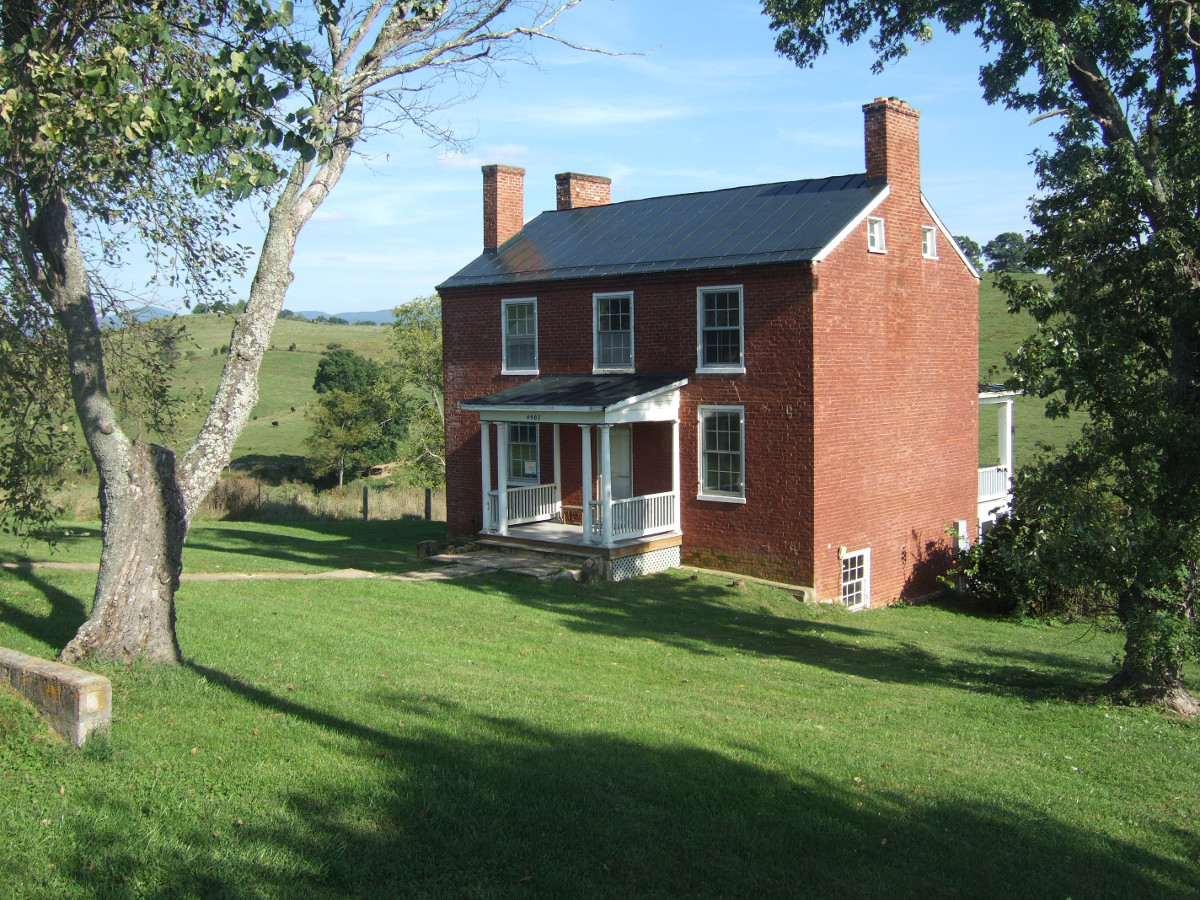 The Margaret E. Poague House is a Greek Revival-style farmhouse of considerable architectural interest constructed circa 1847. The house was apparently built for Margaret E. Poague (1816–84), the widow of merchant John A. Poague. The two-story brick house, built into a bank so that it rises a full three stories on the rear, contains mantels and other features modeled on designs in architect Asher Benjamin’s The Practical House Carpenter (1830), most of exceptional quality. A second-floor room contains extensive 19th-century graining and marbling. The Poague family, originally from Ireland, is thought to have first arrived in Rockbridge County in the 1750s and acquired the land on which the Margaret E. Poague House stands in the early 19th century. James Poague, Margaret’s husband, began a mercantile firm, which he operated until his death in 1842. Margaret retained a life interest in the property and oversaw farming operations until her death in 1884. At that point, litigation among surviving family members resulted in the house being sold. The house, later owned by the Reed and Moses families, has been rehabilitated.