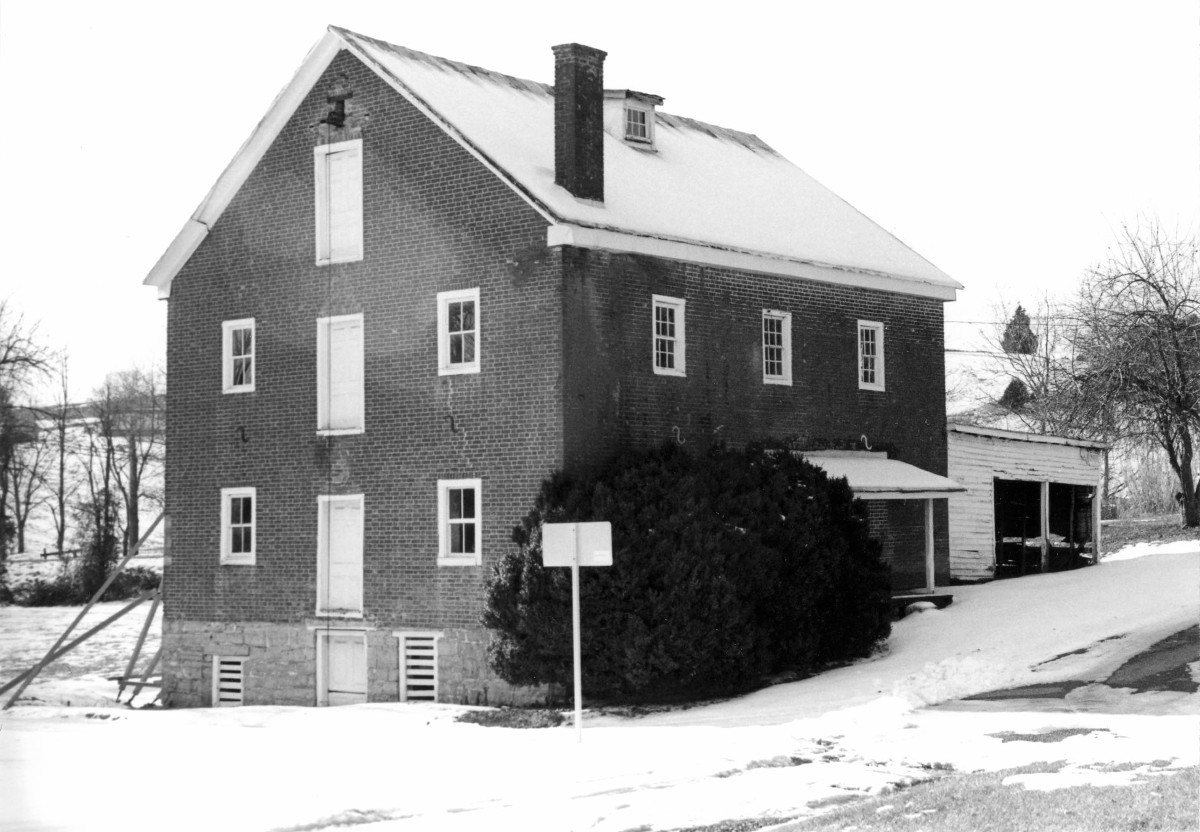 The Federal-style Breneman-Turner Mill, circa 1800, is the oldest surviving, fully equipped, pre-Civil War gristmill in Rockingham County, and a rare example of brick mill construction. Built for Abraham Breneman, who partook in the migration of Pennsylvania-German Mennonites to the Shenandoah Valley that began in the early 18th century, the mill operated as a gristmill from 1800 to 1988. It contains a 1920s-era water wheel, 16 feet in diameter, which was powered originally from a millpond supplied by Linville Creek. Since most old-fashioned stone burr mills were converted to roller mills after the Civil War, the mill is an important survivor of this trend. Between 1933 and 1988, J. Howard Turner owned and operated the mill, maintaining its historical technology. Today it retains many interesting features, including an early French burr grinding stone. Current plans envision restoring and re-opening the mill for grinding demonstrations and historical interpretation.