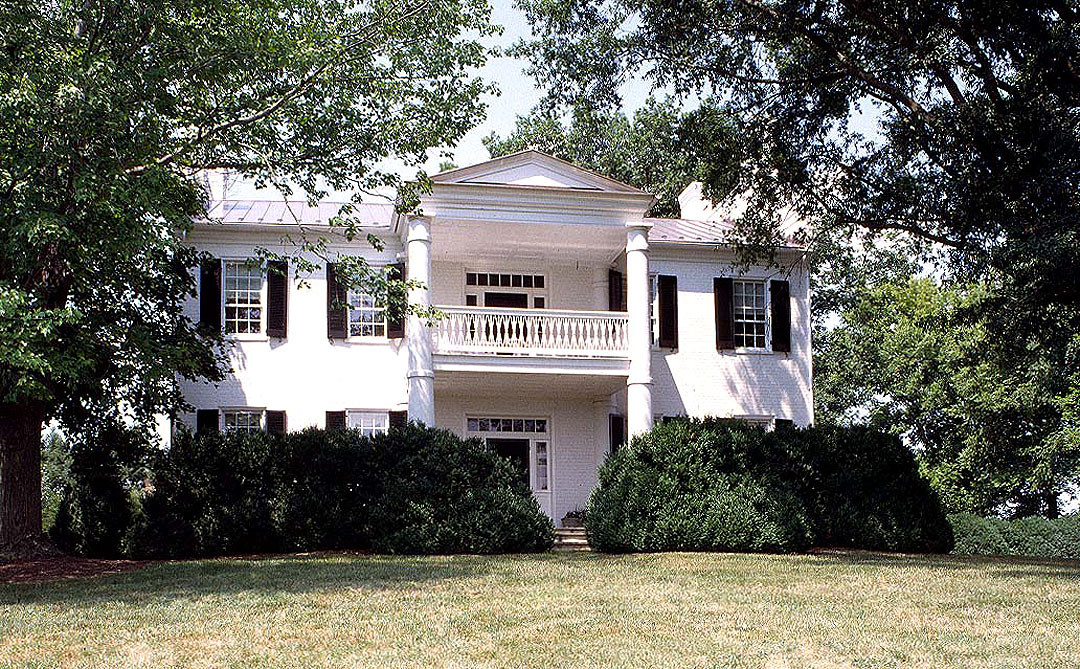 Originally owned by Jacob Strayer, the 165-acre Bogata farm complex marks the rolling country­side of southeastern Rockingham County. First settled in the mid-1800s, Bogata became a prosperous antebellum Shenandoah Valley plantation. The circa 1847 main house is an imposing interpretation of the Greek Revival style with most of its original features intact. A surviving complex of outbuildings and other structures in the vicinity of the house represents a fraction of the more than 20 support structures that existed in the mid-19th century. Featuring a rural landscape little changed since that time, Bogata is associated with the Battle of Port Republic on June 9, 1862, and is designated a “battlefield core area.” A Strayer family diary vividly describes Federal troops briefly occupying the house during the battle.