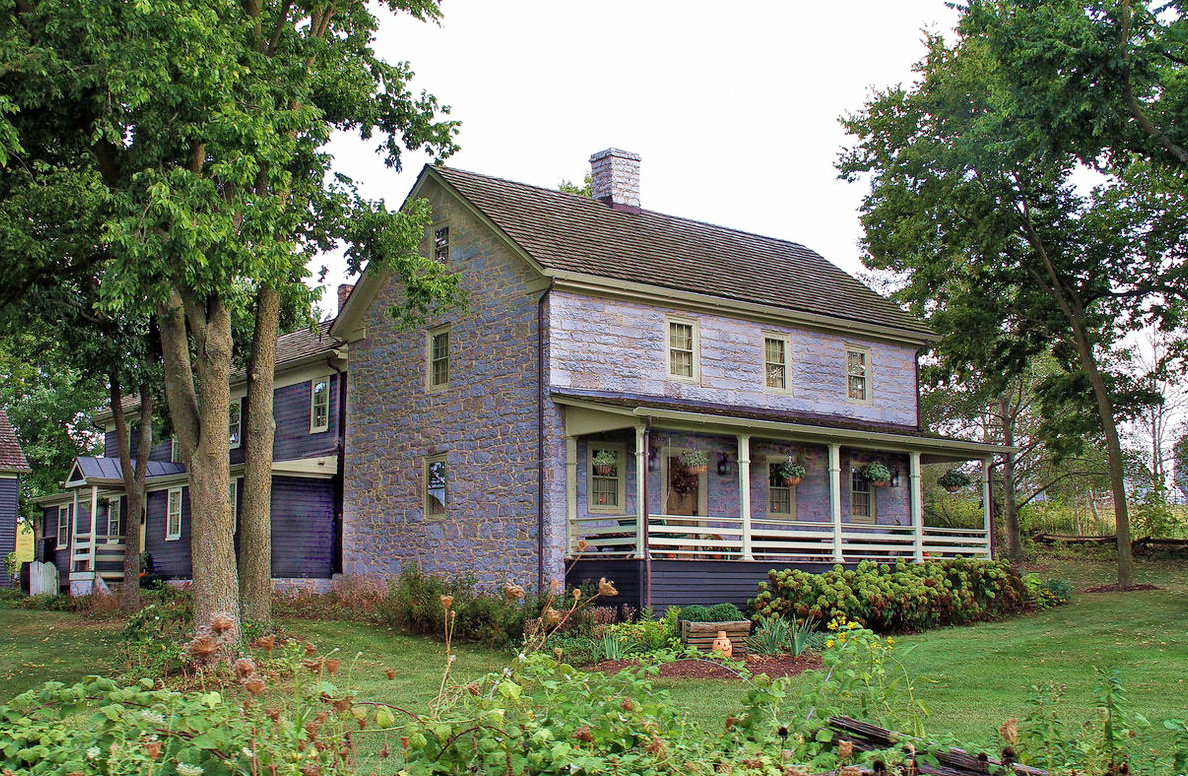 Rockingham County’s Linville Creek area was first populated by settlers of German origin, who incorporated Continental building forms into their New World homes. Although once common, only a handful of these German-style farmhouses remain; the Sites House is a notably pure and well-preserved one. Characteristic of these houses is the stone construction, the centered chimney stack, and the sloping site location. The three-room plan is also a telltale feature of German houses known as a Flurkuchenhaus plan because the room with the largest fireplace was the kuche or kitchen. Adding interest to the house is the large amount of original woodwork, including the exposed, molded summer beam and joists, and an unusual roof-framing system with molded purlins. Built ca. 1800, the house was the home of Christian Sites. Long vacant, it was restored late in the 20th century.