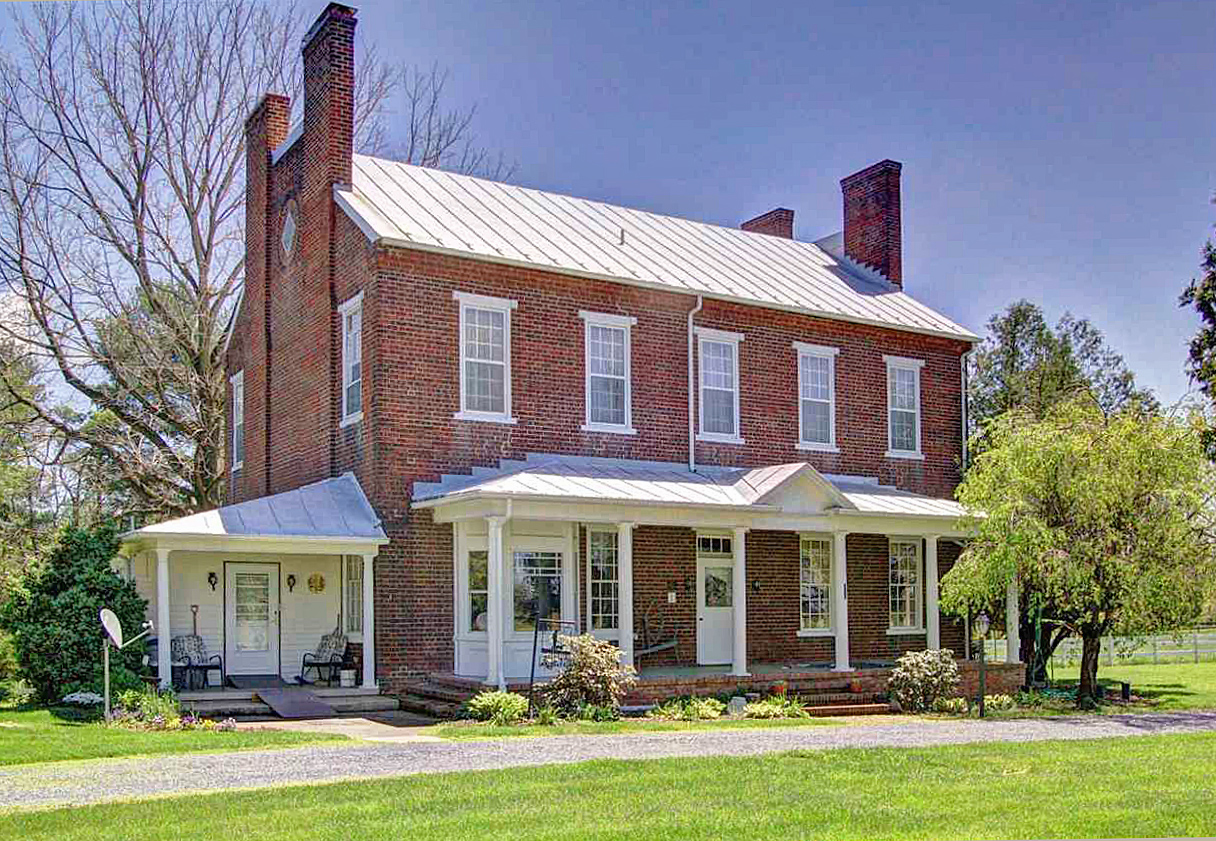 Contentment is a large, symmetrical, two-story, Federal-style house situated on a small knoll a mile southeast of Mount Crawford, in the heart of the Shenandoah Valley. The dwelling has undergone few changes since its construction in 1823, with bricks fired on site and laid in a Flemish-bond pattern on all four elevations. The five-bay house has a pair of projecting interior-end chimneys placed at each end of the standing-seam metal gable roof with a brick parapet between each chimney pair. The interior has a central-hall plan and boasts 13-foot ceilings and much original woodwork, including nine mantels, each in a different style. One of the finest examples of a Federal-style house in Rockingham County, it was built for Robert Grattan, Sr., as a showcase for one of the most prominent Scots-Irish families in the Shenandoah Valley. Contentment is also significant for its military history during the Civil War, serving as the headquarters of Confederate Brigadier General John D. Imboden, and later as the site of several engagements.