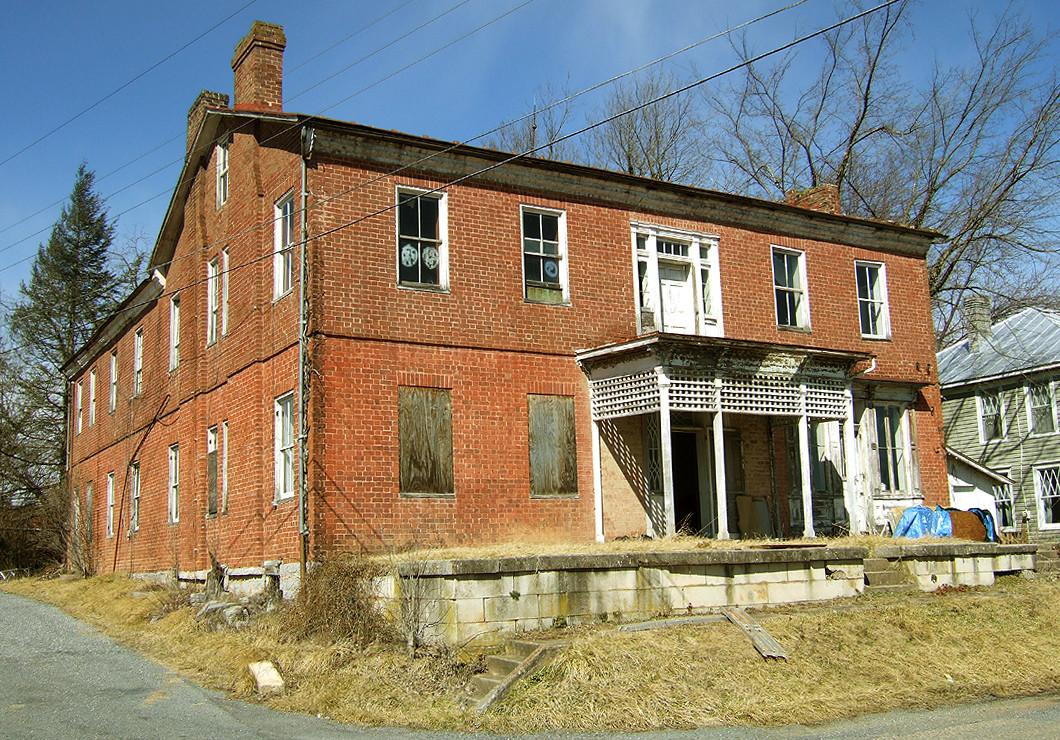 Since its construction in 1835, the Edom Store and Post Office has stood at the center of life in the village of Edom in Rockingham County. The brick building was erected for merchant and mill owner John Chrisman, who also lived with his family in part of the building. Chrisman bought the land for his store in 1822, and the original building is thought to have stood north of the current building. He also operated the Edom Mill, which along with the store and post office building, constituted the heart of the tiny village. Even after the Civil War, the village did not experience much growth; in fact, the village’s current form is nearly identical to that noted on an 1885 map, which shows only the store, mill, a blacksmith shop, doctor’s office, and a handful of other buildings. Edom Post Office, a name in use by the 1850s, was the successor to the Linville Creek Post Office established in 1826, of which John Chrisman had been postmaster. Chrisman died in 1846, but the store and post office continued under subsequent owners, until the post office ceased operation in the 1930s.