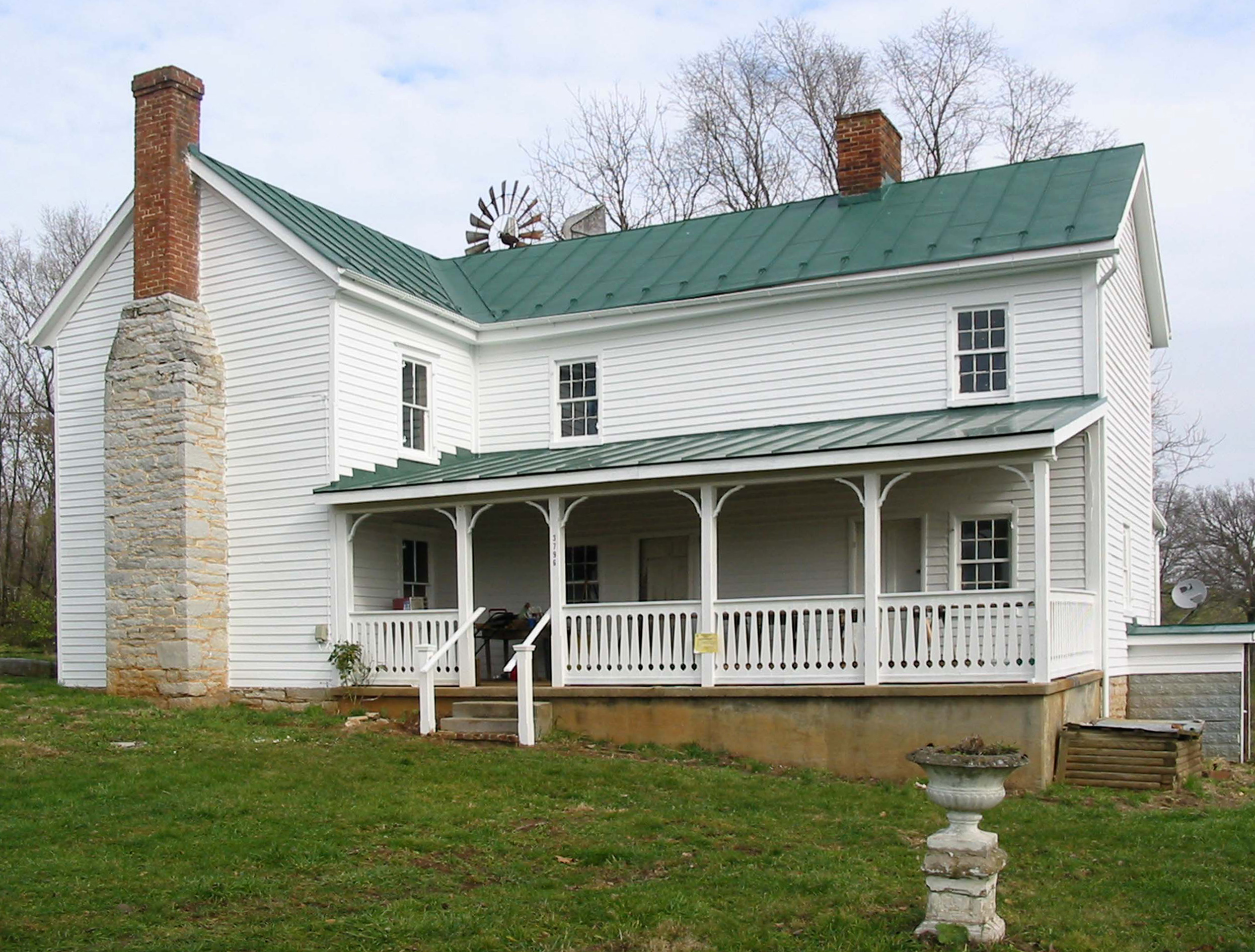 The main house of the David and Catherine Driver Farm, located near Timberville, was built circa 1845 in the Greek Revival style. It was updated in 1880, with the remodeling of the front portion of the T-shaped plan to reflect Victorian architectural details popular at the time, such as the central front gable with bull’s-eye window and bay windows flanking the entrance. The rear portion of the house remains virtually unchanged from the original style. The Drivers were successful farmers, as evidenced by an impressive collection of outbuildings, including several agricultural buildings and a tenant house that may have been used for visiting family members rather than laborers. Its most significant outbuilding is an 1839 barn, a rare survivor of Union General Sheridan’s Shenandoah Valley Campaign of 1864, when most barns were burned. That this one survived may testify to the success of the Driver family at persuading Union troops to spare their barn. The economic success of the Driver family can also be seen at the main house, with its 1880s indoor plumbing that relies on a gravity-fed and wind-powered system, the only such known system in the county.