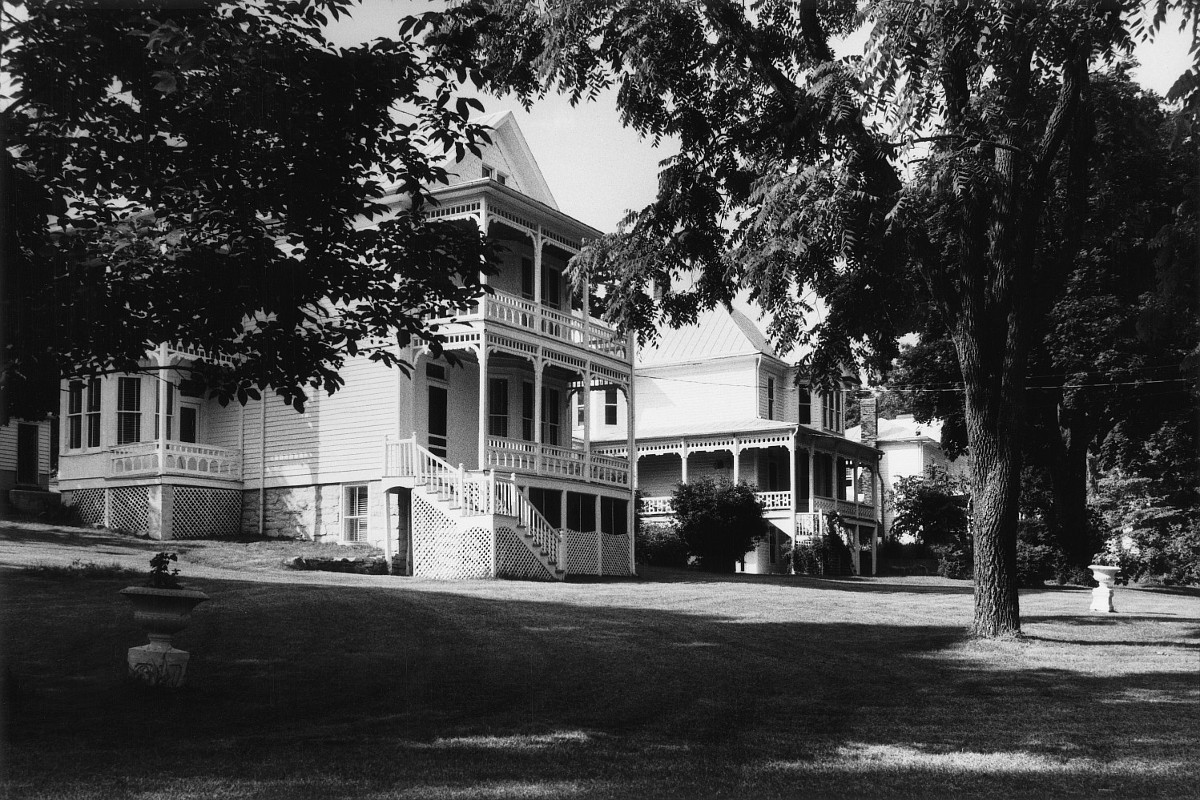 This idyllic village began when Joseph Funk moved here in the early 19th century and established a publishing firm for Mennonite religious tracts and choral music. The settlement that grew up around his farm was called Mountain Valley but was renamed Singers Glen in 1860 in honor of the choral publications. The publishing firm moved from Singers Glen in 1878, but the village continued to prosper as other businesses, including a carriage works, located here. The late-19th-century prosperity resulted in the construction of a number of spacious wooden houses, many of them with fanciful turned and sawnwork porches, including those built by members of the Funk family. Contrasting with these richly trimmed structures is Joseph Funk’s plain little house in the center of the village. The halt of growth after World War I has preserved Singers Glen’s wholesome village character.