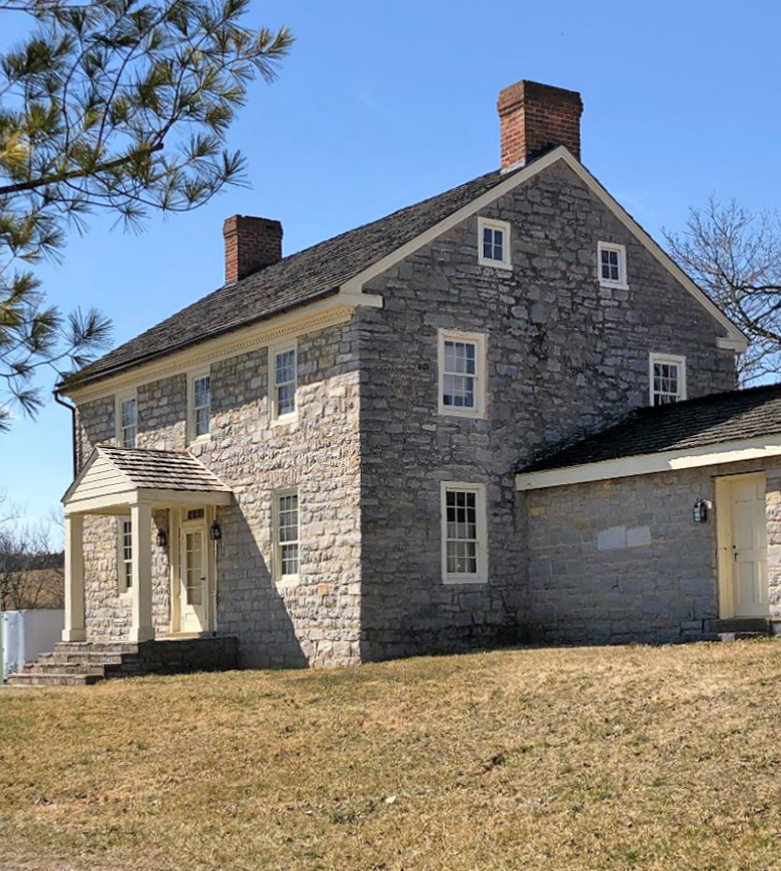 The George Chrisman House, a 1787 Federal-style dwelling in Rockingham County, is an outstanding example of Shenandoah Valley vernacular architecture with characteristics of both late 18th- and 19th-century design and fashion. The development and cultivation of the original grant of 376 acres of land by his father allowed George Chrisman to begin a life for his family in the fertile Shenandoah Valley. On this land, he was able to cultivate a variety of crops and livestock on a small scale in the beginning, while growing toward a more complex agricultural system that relied on as many as 15 slaves. Future Chrisman generations enhanced the agricultural output of their farm with the introduction of new livestock breeds. The Shaver family, who bought the property in 1829, constructed a gristmill on the property in 1830, which exists in ruins today. While the property has been reduced in size over the years, it still reveals much about the agricultural settlement patterns, agricultural evolution, and architectural traditions of an Upper Shenandoah Valley farm of the late 18th, through the 19th and 20th centuries.