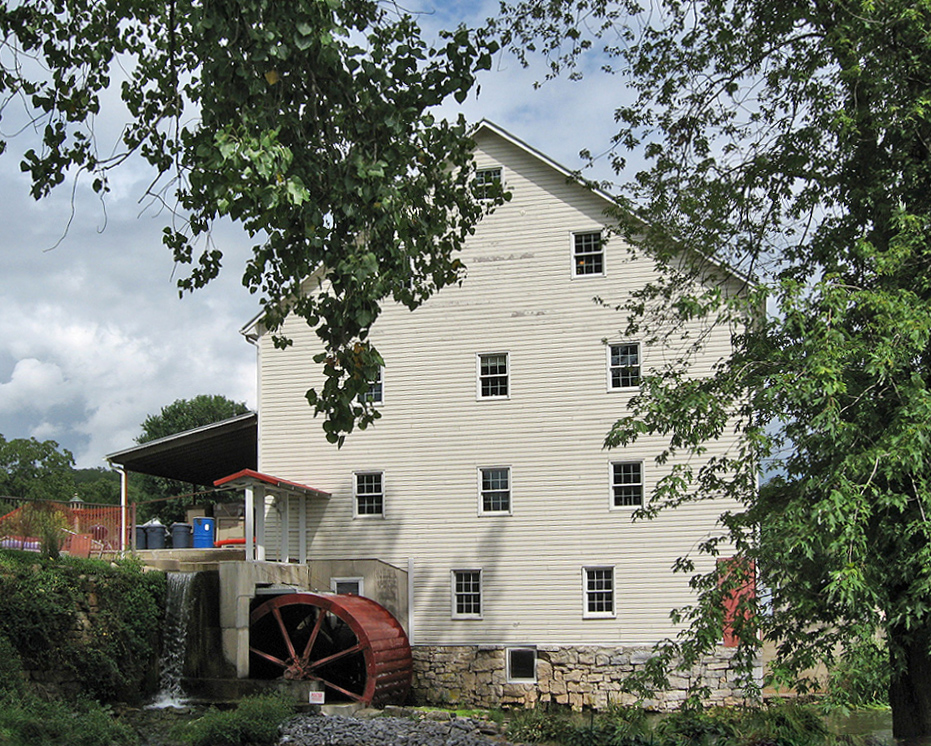 Rife’s Mill, also known as Bowman’s Mill, is a large three-story frame building with attached metal storage tanks and silos located on Silver Lake near the town of Dayton. Representing the importance of the milling industry to the surrounding community, the circa 1866 mill replaced an earlier one that was burned by Union troops under the command of Brigadier General George Custer in 1864. Sometime during the late 19th century, the mill was converted from a gristmill to a rolling mill and operated as a viable community industry until the late 20th century.
[VLR Listed Only]